How to Approach Non-Disclosure Agreements: A Guide for Startups Everyone knows that a business cannot survive if it fails to protect its patents and trade secrets. There are countless stories throughout history of individuals who come up with a great invention, only for someone else to copy it and become wealthy at the inventor’s expense.

Your startup or small business has to meet with investors and outside individuals in order to attract interest and capital, and so you should look into using non-disclosure agreements (NDA) to protect your secrets after you reveal them. With an NDA, even small companies can successfully file suit against larger companies for using their secrets. Just last month, the gaming company ZeniMax won a suit against Facebook for violating an NDA to build Oculus Rift prototypes and received $500 million in damages.

But while an NDA is critical to protecting your trade secrets, some small companies take them too far and only end up turning off potential partners or possibilities. Here are a few steps for how to approach NDAs and focus only on protecting that which is truly important.

What should be protected?

An NDA is a legal document, and a legal document needs clear and precise definitions. Your startup cannot just declare that everything an investor sees when he visits your business is confidential. As Net Lawman points out, an overbroad NDA could see a court decision that the NDA is unenforceable, making it worse than no agreement at all.

A good NDA must have a clause which declares that public information or information received from a third party is not subject to the NDA. Furthermore, your startup has to show that it is making a sincere effort to keep the confidential information listed in the NDA confidential.

You do not want to list the specific trade secrets that you want to be protected in an NDA out of fear of loopholes. Instead, carefully show how you will define to the other party what is confidential or not. This can range from stating that technical information is confidential to declaring that confidential information will receive a stereotypical “CONFIDENTIAL” stamp.

For an NDA to be enforceable, you have to show that your startup is committed to keeping secret information secret. But at the same time, you need to define what the signee has to do to protect the information as well. While you could just state that the signer has to take the same measures that you do, the important thing throughout an NDA is to make things clear and precise for the signee, whether it is discussing their allowed actions or what information must be protected.

But at the same time, there are times when you will want the signee to release confidential information to certain parties, such as if a court needs it for some reason or if the signer can use the information to get a third party to help your business in turn. In addition to specifying what should be protected, take care to note the signee’s obligations to you upon receiving said information.

Information is not the only thing which can be covered by an NDA agreement. An NDA agreement can also prohibit the signee from hiring your employees over a certain timeframe. The idea is to prevent the signee, such as a large corporation, from poaching useful employees from your startup when they visit. Look at the ongoing lawsuit between Alphabet and Uber, where Alphabet alleges that Uber stole self-driving car technology with the help of a former employee who took confidential information.

However, restrictions on employees can be much more problematic compared to restrictions on information. You absolutely never want to combine an NDA and a non-compete agreement, and I, in general, find non-compete agreements to be a bad idea as they are far more difficult to enforce than an NDA. If your company is really doing a good job, then you should keep employees who will not jump to leave at the first opportunity.

At most, the only state that the signee is restricted from hiring employees he meets instead of your employees in general. But focus your NDA agreement on the confidential sharing of information instead of worrying about losing your employees.

You founded your startup because you had a great idea. But let us be honest: the vast majority of startups will fail, and the great ideas which served as their inspiration will become dust on the wind.

What this means is that if you tell an investor that you will explain your business and its great idea as long as he signs an NDA, he will likely laugh in your face. Anyone can dream up an idea. What matters is the ability to run a business, make that dream become reality, and show that you have the ability to execute.

NDAs are important for a thriving business but do not whip them out for another party to sign the minute you talk. A startup should obviously not share everything, but they have to be willing to reveal some morsels of interesting information to interest other parties.

Is a Lawyer Necessary?

You can find NDA templates online easily, but is a mere template an acceptable substitute for an NDA agreement drafted by a lawyer?

If your business has truly advanced far enough thanks to your idea, then the answer is “possibly.” As everything listed above should make clear, there can be a lot of tricky wording with an NDA in order to make sure that everything important is protected while ensuring that the agreement does not become overbroad. A lawyer can ensure that an NDA is necessary for your business and create one specific to your circumstances.

But remember that an idea in and of itself is virtually worthless. It is the execution of the idea which matters. If you are initially starting up, stick with a template until you can show that your idea is worth something, and then transition to a lawyer once you have more money. 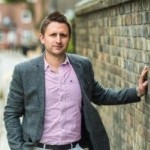