Roll Up, Roll Up, Free Slaves For All! Maybe I’m exaggerating a BIT but a quick Twitter search for #slavesIE will point to a growing concern about the seemingly acceptable practice of using Interns as very cheap (or free) labour.

The concern is not unfounded it seems, as even the Irish Government is getting in on the act. A recent Internship offering on JobBridge, advertises the need for a PhD Chemist, who will be paid €50, (yes, FIFTY), per week in addition to their Social Welfare.

While I fully understand that an internship is for inexperienced people, the above example points to a very disturbing trend in Ireland.

Let’s be clear here. The position was advertised by a company who in 2010 had sales of almost $46 billion.

The outrage even prompted the setting up of  http://slaves.ie , which tracks the hash tag.

And the level to which companies are willing to stoop, for a “free meal” is incredible.

This JobBridge vacancy is for  “an Instructional Designer with a Bachelors degree or equivalent with a strong academic record. Advanced degree a plus. ” who will be required to work 40 hours / week for  “An allowance of €50 per week will be paid in addition to your current Social Welfare payment.”

OR maybe you’d like to be a Labourer intern or maintain the upkeep of apartment blocks ?

The list is endless. The lucky intern could “learn” how to be a  Web developer, Marketing Administrator or maybe even and International Sales Manager!

Would you apply to a company who is obviously intent on exploiting the system and you ?

It’s not always about YOUR money

Cost savings are important, but not to the point where they are demeaning to the applicant or even worse, create a situation where employees’ wages are driven down to the level where they cannot afford their most basic expenses.

There have also been cases where employees were made redundant and the very next day an internship, (unpaid of course), was advertised for the position.

The knock on affect of this so called job creation scheme, is that valuable skills are lost and employed people could find themselves on the unemployed list. Not to mention the effect this will have on current wage figures, leading to more people struggling just to make a living.

Lets not forget, that the Government Minsters have warned that unemployed people must re-educate themselves or train for new jobs, leaving them no option but to avail of schemes such as JobBridge, to the possible detriment of currently employed individuals.

How can this even be justified and how does this practice help to drive down the unemployment figures ?

It’s also about your reputation

While cost savings are the obvious keyword here, your company’s reputation could very well be at stake.

The fact that a very well know PR company was publicly lambasted online by hundreds of people for their intern job application, shows that while they may save on a salary, the bad press they received lost them the respect of a lot of their peers and possibly some large contracts.

The outrage poured out on Twitter, LinkedIn and the subject was even picked up by online news sites like broadsheet.ie.

Valuing your staff, (interns or not), can surely only benefit your company, both in terms of staff morale and public perception.

NOT valuing them, can be costly for you and demeaning for them.

I’m all for helping people gain experience. I think it’s vital for this country, especially in these times where we need as many people as possible, thinking, creating and selling, but it must be done to the benefit of all involved.

It seems that in the UK at least, there seems to be a growing movement to make sure that interns are treated fairly. Intern Aware is one such movement and one that should be replicated here in Ireland.

It’s not ALL bad news

While I can’t find a genuine intern positive story YET, the good news is that there are companies out there who value their employees. We should do everything we can, to highlight them, or even better, to follow their lead.

I’d be interested to know if you planning on taking on any interns and what you think is a fair deal for all? 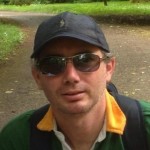 Three Reasons Why Content Marketers Must Collaborate With PR Professionals