3 Ways an ‘Immigrant Mentality’ Can Help Your Tech Company

Though there are quite a few parallels between being an immigrant and being a tech entrepreneur, one similarity stands out above them all: each requires a willingness to fly blind.

When moving to a new country, it’s done with questions about overcoming language barriers, finding gainful employment, and adjusting to new cultural norms. The same line of thinking can apply to building and scaling a tech company. You have no earthly idea how well your new offering will connect with its target audience or how much long-term viability it has.

The tenacity it takes to pull up roots and set them down in an entirely new country applies to any new and exciting endeavor. Building a tech enterprise from scratch is certainly exciting, but it also requires a lot of tenacity.

The Heart of the ‘Immigrant Mentality’

Viewed together, the words “immigrant” and “mentality” seem to combine to make a pretty straightforward statement. But what exactly is the immigrant mentality?

It hinges on an unrelenting drive to succeed despite adversity and new surroundings. It’s driven me every day since I arrived in the United States from my native Czech Republic. It’s what keeps me in the office and stokes the fire to do everything on my to-do list before calling it a day.

That work ethic is characterized by an unwillingness to settle and an openness to reinventing the wheel when necessary. Coming to a new country leaves most immigrants operating without a safety net, and we always look for workarounds, new approaches, and collaborative efforts to help bring about results.

How do those translate into tech entrepreneurship? I’ve seen it surface in two significant ways:

An Aversion To Giving Up

Adversity and change are everyday parts of life. But for immigrants, that’s even more true. They knowingly pick up and move to a new part of the world where they know very little about cultural norms, might have to learn a new language, and must find schools and communities for their families.

While these unknowns might be hard to take in stride, they’re woven into the DNA of the immigrant mentality and help foster the aforementioned drive and tenacity. Immigrants encounter many intimidating obstacles in everyday life, which makes the ones they face in tech leadership relatively easy to confront.

A Willingness To Go off Script

As a subject, innovation has been written about ad nauseam. That said, innovation is a key driver of economic growth and can be a market differentiator for leaders that wholly embrace it.

Innovation is a significant element of the immigrant mentality, presenting an opportunity to be distinguishable from the crowd. According to research by the U.S. Patent and Trademark Office, of the nearly 1 million registered patents from 1976 to 2012, immigrants represented 16% of the inventor pool and contributed about 22% of all patents and citations.

An unwavering determination to innovate and focus is integral to success as both an immigrant and an entrepreneur. For immigrant tech leaders like myself, this fuels our mentality and drive to thrive.

Research from the National Foundation for American Policy on the 87 privately held U.S. startups worth more than $1 billion found that 50 percent of those companies have one or more non-U.S. founders. How can the drive and mental toughness exhibited by immigrant tech leaders translate to your management practices? Try the following:

When arriving in a new environment of any kind, suggestions and advice from those who know better can be vital. Be willing to collaborate and listen to others about ways to make your tech offering better. Their insights can be the X-factor that pushes things over the top.

Open-mindedness is ultimately what helped Sergey Brin and Larry Page’s partnership at Google flourish. When the two future collaborators first met, they didn’t see eye to eye on much and didn’t gel much. But years of working together helped them see the value in each other’s perspective.

It’s also what put me on the path toward ShipMonk. As a college senior on the cusp of graduation and in search of the next move, I decided to enter a business plan competition that would afford me the opportunity to do my own thing and build my own company. It wasn’t a job, but it was an idea that could get me where I wanted to go. I wrote a business plan for what would eventually turn into ShipMonk, won the competition, and got the capital I needed to build the foundation of the company.

That competition provided no guarantees. I flew in blind, but that faith paid off in the long run. Unknowns are par for the course in tech entrepreneurship, so you’ll want to get comfortable facing uncertainty early on. In short, unfamiliarity is a hallmark of the immigrant mentality. Embracing it is embracing the opportunity to be different and unique in the public’s eyes.

Tunnel vision usually comes with a negative connotation. But it’s central to the immigrant mentality because it keeps things on course. With that in mind, draft a list of goals and objectives, attach deadlines to them, and remain accountable when falling short.

Toni Ko made a huge bet on herself when she left behind the family business to establish NYX Cosmetics. Even as she set up shop in the wake of the 2008 financial crash, Ko continued to build the brand, which L’Oreal acquired in 2014 for $500 million.

Ko’s guiding principle for her success was simple: “Focus only on one goal. Everything else is just noise.” Focus keeps your eyes on the prize, breeds respect, and drives your team to achieve results.

3. Finish What You Start

Procrastination can come back to bite your company if too many projects stay up in the air. Focus is a central tenet of the immigrant mentality; keep those skills sharp by breaking big goals down into smaller portions and then checking those boxes off on your way to the big-picture goal.

Udemy founders Eren Bali and Oktay Caglar ran up against multiple obstacles when launching their company from their native Turkey. When they packed up to move to Silicon Valley, more than 50 investors turned them down before they eventually got a “yes.” While pitching, the duo continued to tweak the platform and work toward goals because they believed in their concept so much. The funding was certainly critical, but little goals along the way would help the startup realize the investor interest it needed.

The immigrant mentality has helped many tech leaders realize their entrepreneurial dreams, myself included. Implement it into your business approach to stay focused, goal-oriented, and on a path to success.

Do any other elements of the immigrant experience lend themselves to tech entrepreneurship? Share your thoughts in the comments section below. 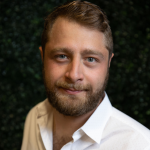 How to build and scale a tech company from anywhere