How to Host a Successful Networking Event After over 30 years as a business owner, I’ve learned how crucial networking is for growing a company. If you host a successful networking event, you can gain customers and authority in your industry. But, hosting an event isn’t easy.

My second startup, Top Echelon, was built around recruiter networking. The problem was, I was losing recruiters just as fast as I was pulling them in. To build a steady customer base, I needed to earn the trust of my potential clients.

One veteran recruiter suggested I host a convention. To show my business idea, I had to get a large group of recruiters under the same roof. A networking convention would offer the opportunity to build relationships with potential clients and get the word out about my product.

My partner and I immediately got to work planning our first recruiter networking event. I had no idea how to host a successful networking event, but as a young, enthusiastic entrepreneur, I assumed that organizing a convention would be like planning a party. Boy, was I wrong!

Hosting a networking event can put a lot of strain on you and your wallet. But, if executed well, the event can be immensely beneficial to your business.

Thorough preparation is the key to pulling off a successful networking event. The more you plan ahead, the faster you will be able to put out fires that could potentially ruin the event.

To prepare, first decide who will attend the event. Will you send out invitations or leave the event open to the public? Also, determine the number of people you expect to come. Even if the event is open to the public, you need to estimate how many people will show up.

Once you know the “who,” you need to figure out the “where.” The right venue is essential. Pay attention to the size, location, and cost. Be sure to reserve the venue in advance.

I ran Top Echelon from Ohio, but decided to hold the convention in Florida. I thought booking the event would be simple, but there were so many questions to answer.

Here are just a few of the questions I was asked from the hotel:

It was overwhelming trying to answer all those questions. But, overlooking details of your event could cost you. You have probably spent time creating a business budget, and the last thing you want is a mistake to push you over your limit. And, you don’t want your brand’s reputation ruined by a bad networking event. You’ll be thankful you crossed your T’s and dotted your I’s when your event approaches.

Budgeting is essential for a successful networking event. You want to impress your guests. But, spending over your limit could be an accounting nightmare for your business. If you don’t stick to a budget, the event might end up costing you more than the business you gain.

My partner and I cut it very close to our budget at our first convention for Top Echelon. When the event’s date came, we had no spare cash on hand and our credit cards were maxed out.

In one of my typical “ready, fire, aim” moments, I’d put the company on the edge of a do or die financial cliff. This convention was either going to be a smashing success, or it was going to smash us.

At the convention’s opening night, I walked out and introduced myself. As soon as I said, “Hello,” people started to heckle me. Then, a man very loudly ordered a shrimp plate on my bill.

I smiled and laughed along, trying not to let on that I was terrified. There was no room in my budget for a shrimp plate. I could not allow this plate to be the first of many shrimp plates. I needed to nip this in the bud without putting out the vibe that I was a stingy business owner.

I was on my toes for the rest of the convention. I learned that you need to be prepared for unexpected expenses when you budget a networking event.

When you create a budget for your networking event, you need to know how much you can afford. Make a list of all the expenses, no matter how small they might seem. Note which expenses are absolutely necessary for the event and which are extra.

Have a plan for handling unexpected situations. Think of the many variables that make up your networking event and determine which could potentially cost you more money. Though you might not want to think about it, prepare for worst-case scenarios. If possible, give yourself a financial cushion to handle these situations. This is where a business cash reserve can really come in handy.

What hosting a networking event can do for you

If executed well, a networking event can help your business gain customers. By building relationships, you can more easily convert potential customers into returning buyers.

At my first convention, I was able to get the attendees to bond with one another and understand my company. I turned the recruiters into friends, and as it turns out, it was a lot easier to win over friends with my cutting-edge business idea than skeptical recruiters. 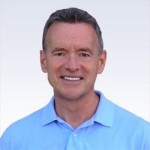