“On-demand” the solution based on immediate gratification has taken over the business world completely, transforming the way businesses conducted themselves just a few years back. So, who started this revolution? The entire credit goes to the on-demand cab service company – Uber; they saw an opportunity in the cab services, and grabbed it, thus closing existing cabs and bringing together the passenger and driver community.

It is said if you know your competitor’s business model, you are halfway through with whatever it is you are aiming to achieve. Let’s have a look at the business model, and how it works for Uber, to understand how Uber disrupted, and what the startups economy can learn from this company that started small at some time.

Uber Technologies Inc. is the company that brought out the Uber app in order to benefit the cab services. Earlier, there was just too much frustration among passengers and drivers with the cab services, the former had to wait for long hours and pay high prices, while the drivers had to wait to get the right passenger along their drive route, and were not earning enough. Taxi jobs were never considered lucrative up until Uber entered this space.

Uber brought in the concept of on-demand taxi hailing service wherein the passengers could book the cabs using their smartphone and the Uber app, and the drivers could accept the ride.

The company is currently operating in 58 countries, and close to 300 cities. As of December 2015, the company’s valuation was $68 Bn. You can check this page to check Uber’s latest statistics.

Now, that we have had a brief overview of Uber, let’s have a quick look at its business model.

The business model for Uber is worth studying as it gives an idea into how Uber makes real money, which is what you would be interested in as a start-up.

Uber is basically a marketplace where the drivers and passengers communicate, collaborate and make the trip successful. This app makes use of geolocation targeting. With your location settings on, the Uber app will help locate drivers in your area once you tap on the cab category you are planning to hire. Once you request a ride, the drivers are notified, and any one of them can accept the ride. Once the ride is accepted, the passenger gets the driver details and the distance from their location. Once the driver comes to the passenger’s location, they can start the ride, and the transaction is done using the app. The passenger can choose to pay using the different payment modes – via apps, cards or cash.

Now, that you know how Uber works, let’s look at the business model.

Trip commission is the first revenue generating model for Uber. They charge X% commission from the total trip fare, and the percentage depends on the age and maturity of the market. The fare is calculated based on the travel time, the distance fare, waiting time, and the taxes involved in the service. This total fare is credited into the driver’s account with the trip number that you received in the bill. The driver then has to pay the percentage decided to Uber.

Uber keeps the money received from passengers in the bank for a period of 7-10 days. This is called rolling interest, which is huge for Uber.

The drivers can list themselves with Uber only after they pay a small price for that. Uber also rents out cabs, from which they earn their revenue. One of the lesser known revenue models for Uber is that they act as a DSA between the bank and lending companies, earning a percentage commission for every cab that the driver has bought on loan.

Uber has also categorized the type of passengers taking rides along with the travel options. Senior citizens, kids etc. have different ride rates. There is surge pricing option that Uber cashes on to make sure the drivers get their incentives. For a particular period during the day, which is considered peak-time, Uber surges the rates.

Are you an On-demand Service Start-up?

If you are looking to initiate your startup like Uber, want to know the cost to develop an app like Uber, then you must start with concrete research.

What did Uber do that you can learn from to maximize the potential of your startups, apart from the revenue model?

I’m sure you’ve your own strategy for your startups. Would you like to share any missing lessons? I would love to read about them in the comment section below. 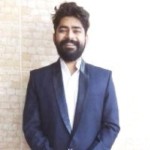 Professional Networking That Will Power Your Startup 7 Proven Strategies to Remarkably Scale Up Your Startup Business