How India Developed into the Fastest-Growing eCommerce Market

In this post, myself and David Midgley, Head of Operations at payment gateway and merchant services provider Total Processing, examine how India has become the world’s fastest growing eCommerce market and what needs to be done to make sure such rapid economic growth doesn’t become a negative thing for the country.

The Economist reported in March of this year that every second, three more Indians experience the internet for the first time. This means that by 2030, more than one billion Indians will be online. This figure is made even more impressive if you consider two more facts:

Therefore, as the world’s fastest growing eCommerce market, you can see why Facebook, Uber, Google and many of the world’s other top tech firms are trying to establish footholds there. Additionally, India is becoming a top destination for retailers looking to expand their online business. For example, the same Economist article notes that Amazon’s founder, Jeff Bozos, wants India to be his company’s second-largest market and has invested heavily in order to help make this a reality.

It is also worth noting that some of the world’s other biggest tech names, China’s eCommerce juggernaut Alibaba among them, have already entered the Indian market by beginning to bankroll eCommerce platforms founded in India, such as Flipkart and Snapdeal.

How has India become the centre for eCommerce?

India’s growth as a centre for eCommerce has also been helped by the following;

According to the industry body Assocham, the Indian e-commerce market is set to be worth a staggering $38 billion this year. This is up from last year’s $23 billion. Therefore, there is clearly a lot of potential in this market given it has a year-on-year growth rate of 67%!

Furthermore, Morgan Stanley predicts that, in 2020, the Indian market will be worth an extraordinary $119 billion. Thus, while growth rates in our domestic markets are expected to plateau out, the Indian market offers a vast opportunity for businesses to grow their online revenues in a new and dynamic market.

The downsides to the rapid growth of eCommerce in India

However, there are some potential downsides to such rapid growth. For example, while there may be the desire from overseas businesses to expand their operations into the Indian marketplace, it remains to be seen whether there is enough infrastructure to cope with this high level of new demand. India’s urban areas are arguably already overpopulated, and this issue would surely only be exacerbated as more people flock into India’s cities to take up the new jobs this economic growth creates.

Further to this, organisations would not only need to take on new staff, but would also need to train them too. Training requires an investment of both time and money, and it isn’t clear whether businesses on the ground in India have enough of either to be able to get new staff up-to-speed in time to meet the increasing demand.

More worryingly, countries experiencing such unsustainable rapid economic growth will usually also experience a rise in inflation when supply can no longer keep up with demand. This, in turn, can also lead to a rise in income inequality as the gap rises between those in growth industries, such as eCommerce, and the rest of society. This widening gap between the rich and the less well-off also arguably can lead to social unrest. While an extreme example which certainly had other contributing factors, I would argue that one of the issues that led to the riots in numerous British cities in 2011 was the presence of such social inequality in British society and it also contributes to the feeling of injustice at the centre of the Black Lives Matter movements happening on both sides of the Atlantic currently.

Income and wealth inequality is measured using something called the Gini Coefficient. Using this method of measurement, we can see that India already has a problem with social inequalities as India’s Gini Coefficient score rose between 1993 and 2010 from 32.5 to 37.

Therefore, while the growth of India’s eCommerce market is a good thing in many ways, bringing new businesses and new sources of income to the country, it needs to be asked whether this economic growth should be tempered to a sustainable level in order to prevent the rise of other negative effects on Indian society.

In order to limit the negative effects, the likes of Facebook, Google, Uber and Alibaba need to not only establish a foothold, they also need to contribute to improving India’s infrastructure to make sure that those footholds are firm and are viable going forward. Otherwise, these global players will have entered a market that can’t be sustained and then will leave longer-lasting damage behind when their ventures fail and they go elsewhere.

Furthermore, in a situation where Alibaba is backing two local platforms like Flipkart and Snapdeal, it is not enough to simply bankroll them. They also need to ensure the companies can sustain their levels of growth and that there is enough room in the market for both to exist. That is not to say that there shouldn’t be free competition between both platforms and their other competitors though.

However, without meaning to state the obvious, it has to said that the reason Alibaba, and others, are bankrolling local companies is because they want to take advantage of India’s economic growth for their own financial gain. Therefore, in such a situation, these global economic superpowers need to make sure that if or when they leave the country, they leave it in a healthier state than when they first entered. 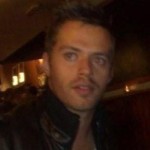 E-Commerce: Imminent Challenges for B2B Businesses and How to Overcome Them