How Cooperative Capitalism Can Work For Your Business

In 2008, the world received a reminder that certain business practices lead to inevitably disastrous results. The recession, however, was only one part of a larger pattern that has become historically predictable:

So far, we haven’t quite hit the point of world war (though the Arab Spring and unrest in the Middle East has everyone on edge), but I think we can all agree that it’s in our best interest to avoid No. 5.

All of this is a result of what a growing number of economic theorists agree is the failed model of competitive capitalism. History has proven time and again that — while many people consider them to be complete opposites — competitive capitalism (social equity based on tax policy) and socialism or communism (which focus on competitive agency) lead to economic instability, where 1 percent of the elite own more than 99 percent of the wealth. This is a situation that predictably leads to social instability, which we saw with movements like Occupy Wall Street.

Cooperative capitalism: a path toward stability

Unlike its competitive cousin, cooperative capitalism works in a more all-inclusive manner, allowing for more open markets and building trust through a business culture that’s transparent, accountable, and devoid of secrecy. Cooperative capitalism is designed to end resource consolidation by the elite class due to its rejection of the concept that an economy can remain stable based upon prediction, control, and unchecked speculation. At the same time, it strives to build an ever-widening pool of entrepreneurship to sustain a community’s internal consumption.

Simply put, cooperative capitalism provides the opportunity for people to work together, rather than against one another. Entrepreneurs who work in the competitive model are seen as unworthy of long-term relationships because these are deemed financially risky and unfulfilling. Integrity is the new model, allowing fear and doubt to be removed from the equation. For many business owners, supporting one another, rather than competing, is a more natural path to success.

Leading your company toward an attitude of cooperation is easier than you may think.

If you already have an established team and want to direct it toward cooperation, lead by example and provide training. At CEO Space, we educate our team on a wide range of topics; we’ve touched on raising capital, complying with legal requirements, selling, branding, financing, researching, alliance partnering, franchising, and everything in between. We want to make sure that everyone feels well-versed on the topics they encounter daily.

Furthermore, that training comes from faculty members who don’t run off stage the moment they finisher delivering their lessons. They move on to serve team members in one-on-one meetings and lunchtime coaching sessions. We give our teammates full access to our faculty members so they can focus on what matters most: building a cooperative relationship. Cooperative relationships are why our customers buy.

When it comes to networking with other business leaders, approach your contacts with a mindset that asks what they’re doing and how you can help. Choose to work with others who have a win-win way of doing things. Similarly, cut off business relationships with those who are only interested in their own success.

In the end, all it really takes is surrounding yourself with others who are cooperatively minded. You would be amazed at how fast success comes to those who work for everyone’s benefit. Gone is any sense of fear or apprehension, and in comes the excitement of working with a truly collaborative team. 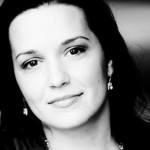