It’s unfortunate: I think a lot of entrepreneurs work with clients that stress them out or cause them to work far more than necessary simply because they don’t think they have any other choice. And yet there is absolutely no reason why you should continue to work with a bad client.

I’ve written before about

#1. The Relationship is Stressing You Out

Years ago, I had a client who would, from time to time, make me cry. When I complained to my then-husband, he asked, “Why are you putting up with this?”

It opened my eyes. Why was I putting up with being mistreated?

I’ve also had clients who wanted to talk on the phone to me. A lot. Given that 99% of my business is conducted via email, scheduling time to talk sometimes threw me off of my game. It also ate up time I could be spending making money.

Ask yourself: Is your interaction with this client and the subsequent stress it causes worth what you’re getting in return? If not, it’s time to move on.

#2. It’s Not Worth What You’re Making

Maybe you have a client who initially tells you he wants A, then when you quote him for it, adds B, C, and D to the pile, expecting to get it all for the same price. Maybe a client dickered down until you agreed to do a project for lower than you normally would. Whatever the case, realize the value of your own time and energy. If you’re making $10 an hour, 10 hours a week with a client when you could free up that time to pursue an opportunity to make $100 an hour, isn’t it worth losing that client?

Ask yourself: How does what you’re earning from this client compare to what you earn from others? Is there non-tangible value in working for so little, such as getting access to a large business network, or building your portfolio?

#3. You’re Constantly Scared of Being Fired

Maybe your client constantly berates you for a poor job (though you’d disagree on that), and threatens to stop working with you. You don’t need that kind of instability! Some people just get off on the power play of keeping a vendor in constant fear, but that doesn’t do you or your business any good.

Ask yourself: Do you want to wait for the inevitable, when your client actually does fire you, likely at the worst possible moment? Better to take initiative and do it yourself.

#4. He Refuses to Pay You For Work You’ve Done

I had this happen recently. A client who I’ve worked with for years, who has always been happy with my work, suddenly didn’t want to pay the bill for an ebook I created. Given the fact that he’d provided positive feedback throughout the process, I was confused. He suddenly had heavy criticism of the finished product, just as he received the invoice. Perhaps he had some cash flow issues and was masking those with his complaints. Whatever the real excuse, I decided it wasn’t worth it to get into an argument over it, and I gave up the revenue. I also quickly terminated the relationship because I couldn’t risk doing more work I would never get paid for.

Ask yourself: Is it worth it to file a small claims case against a non-paying client, or can you afford to let the income go in exchange for a little peace of mind in ending the relationship immediately?

When you first started your business, you took on a wide range of projects, and now that you’ve narrowed your focus, you no longer want to be providing the services you did at the start, especially at the rate you’ve grandfathered a client or two in at. You might have no issue with the client, but you’re ready to cease providing that particular service.

Ask yourself: How can you gracefully let go of a client you’ve been working with for so long? Is there a way you can transition that client to the services you do want to provide at this point, rather than losing him completely?

#6. He’s Taking Advantage of You

Whether it’s by adding on extra work once you’ve quoted a project or calling you on the weekends and expecting you to answer, some clients simply don’t understand boundaries. You should first have a conversation about your discomfort with how he’s pushing that line, but if that doesn’t get the results you want, it may be time to sever the relationship.

Ask yourself: Does any other client treat you this way? Did you make your availability known up front (“no calls after 6 or on weekends.”)?

What NOT To Do When Letting a Client Go

Once you’ve decided that, yes, it is time to end a professional relationship, it’s important that you go about it the right way. People in your industry talk, and the last thing you want is to be known as someone who lost her cool or acted unprofessionally with a client.

To that end, never close the relationship when you’re angry. Instead, take some time to consider how you will phrase the exit conversation. Will it be better to do it via email (where you can calmly state your point) or over the phone (where your client can’t misinterpret your tone)? How can you explain your differences diplomatically without getting emotional?

Don’t assume firing is your only option. If there’s a way around the situation that doesn’t involve firing a client, go that route first. You may find that simply bringing up the issue (asking for more money, clearly defining your boundaries) may be enough to remedy a stressful situation. If not, it’s time for more drastic measures.

Don’t lie about the reason. It’s imperative that you’re honest; if a client is a time-parasite, it’s better that he knows this so he can do better with others that he works with in the future.

You’re not married to your clients. If the relationship goes sour, don’t be afraid to end it professionally and fairly. 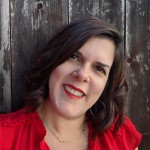