Social media is one of the few places where a small budget may still make an impact. Even though the impact is rarely enough to support a business, it can offer a small revenue stream that may be matured over time as the company establishes its online reputation.

Here are six social media tips that are counter to what you may have read online, and part of the reason they contradict what you read online is because they are specially tailored to small businesses.

#1. Use Statistics Because People Will Believe Them

According to John Gardenier’s and David Resnik‘s 2002 paper called, “The misuse of statistics: concepts, tools, and a research agenda,” people are more likely to believe statistics because they are commonly associated with the conclusions of research, and because they convey a very simple message.

If you have a message to disseminate, then consider using statistics where possible. Also, remember that people are rarely willing to research into how correct something is, even if their job is to research, repeat and report. Lemmino highlighted and exposed this perfectly in his seminar called The Eight Spiders.

#2. Social Media Is A Good and A Terrible PR Representative

People may not contact your customer service department to tell them that they like the new carpet in their shop, but they will happily do it over social media.

Bigger businesses may be willing to pour resources into using social media as an online PR representative, but smaller businesses cannot afford such a waste of resources.

There is a lie that you have been told from a young age, and that is that you should treat people how you wish to be treated yourself. It is very much focused on feelings rather than logic or pragmatism. It works on how you feel rather than what is right.

You may authentically wish to post about how you find Marijuana more damaging than Aids and communism combined, and posting on such a subject would be authentic for you, but it may scare away your customers if they are leftwing students or pensioners who used to be 1960s hippies.

Post exclusively on the subjects that your target consumers find interesting, which means you cannot afford to be authentic.

#4. Social Media Is Not Free

Let’s firstly consider the time you put into it. The hours you spend on social media are hours you could have spent doing something else that actually generates revenue.

A company called the Content Factory showed that outsourcing control of just one social media profile could cost between $7000 and $20,000 each month. A company called Essayontime writes essays and online content, and they showed that even if you only outsource the content creation side only, that small businesses pay as much as $18,000 per year.

#5. More Fans Do Not Equal Success

Where did the rumor come from that more fans, more likes, and more thumbs up means more success? What is usually means is that the company behind it has spent millions on advertising.

Let’s say that you have just created the most successful children’s Facebook profile of all time. It is more popular than the Bronies craze and the Teletubbies craze combined, yet you do not make a single sale because you sell travel insurance. Plus, Page Lever (now Unified Marketing) claimed that only 3% to 7.5% of Facebook fans actually see your posts.

Let’s say that you have created an online following that is full of people that are perfect for your product, how are you going to sell it to them? Creating a large online following is not that difficult if you do not have a target audience in mind, but if you do, you may still struggle to convert the people that call themselves your fans.

Marketing is the same as ever, it is just the marketing channels that has changed. The principles are still the same in that you manipulate people’s thoughts and actions based on what they see or hear. Use SMART on social media – Specific Measurable Attainable Relevant Time.

Many of the marketing tactics that still work within traditional media will work on social media, so long as you are using and adopting the correct channel and are targeting the correct audience. 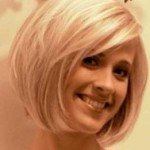 How CRM Software Can Dramatically Improve Your Business Revenue

7 Strategies You Need to Know for a Smart Business Relocation