4 Inspirational Quotes To Drive Business Success Regardless of Location New York has always been a breeding ground for new businesses, and they say Silicon Valley is the place to be if you want to become a player in the tech world. But is the advice “they” give getting a little outdated?

What Smaller Cities Have to Offer

With the right positioning, marketing, and recruiting, each city has something to offer — even beyond lower costs of living. L&T COO Remy Bernstein described his experience in St. Louis’ startup scene, saying, “The sense of community is especially noticeable, as we’ve been welcomed with open arms to the local startup ecosystem.”

The common thread in these “top location” lists is that they feature places where entrepreneurs can find a sense of community while enjoying the same luxuries and conveniences major cities have.

For my part, I didn’t start in a town that makes it onto lists like that. My business had to be something I could work on from home in my free time until I was able to leave my full-time job. I didn’t get to choose my location — I started in a bedroom office in my home, with just a desk and a computer. Taking my business to the next level required figuring out how to be the most successful and efficient with my time and resources, and I had the resources I needed right where I was.

As the business grew and matured, so did I. Fourteen years later, I have a wife and kids, and forcing them to move out west simply because “that’s where the tech companies are” wouldn’t have set my family up for success in the long run. Growth meant moving out of the bedroom where my 5-year-old practices slap shots in the hall and into a corporate office building where I could work face to face with my team. But it didn’t mean moving to Silicon Valley.

Get Inspired to Set Up Shop

If a location seems like it’s the right fit for your business, don’t be afraid to follow your instincts and veer off the lists completely. Entrepreneurs naturally think independently, and that works to your advantage. Don’t feel like you have to follow outdated guidelines “just because.”

But going against the grain can feel risky. When things don’t go as planned, you’re prone to question your choices. When you feel discouraged, let these wise words encourage you and help you refocus:

#1. ‘The brave man is not he who does not feel afraid, but he who conquers that fear.’ — Nelson Mandela

There will always be something that scares you, but don’t let fear keep you from living out your dreams and becoming who you are meant to be. If an entrepreneur is fearful of venturing to a new city or is narrow-minded in his or her assessment of where the company could achieve the most success, chances are the startup will suffer.

Fearfulness drives out the creativity, edge, and forward thinking that pushes a business to the next level. The best way to conquer your fear is with preparation. A well-laid plan executed properly can dispel any fears and keep a mission focused.

#2. ‘Ninety-seven percent of the people who quit too soon are employed by the 3 percent who never gave up.’ — Leonardo DiCaprio

The best advice I ever got was to keep trying until I found the solution I was looking for because someone was eventually going to work hard enough to find it. If I wanted to be that someone, I had to put in the effort. There will always be trials, hard times, struggles, and sleepless nights. But what separates good from great is the willingness to keep trying after failure — often many times over.

If your startup isn’t getting off the ground the way you expected, reevaluate your product or service. See whether there’s a way to cater your business to the location you chose. Even a simple tweak to offer something that touches a nerve or has a local feel can make a big difference.

#3. ‘Do not judge me by my successes; judge me by how many times I fell down but got back up again.’ — Nelson Mandela

This is especially significant when judging the person in the mirror. We are often our harshest critics, and it’s really difficult to give ourselves a break when there are so many others depending on us. We’re all too aware that in business, effort counts for nothing unless it produces revenue. You can have a million dollars’ worth of ideas, but you have to be able to turn those intentions into effective actions. When you don’t see results as fast as you want to (or at all), it just means you have to try something different.

It would be easy to judge one’s success based on wealth. But the best way to see people’s character is to watch them fail. That’s when their true nature shines or fades. As a business leader, you want to shine at all times while surrounding yourself with others who project a “sun never sets” attitude.

#4. ‘When things don’t happen right away, remember it takes six months to build a Rolls-Royce and 13 hours to build a Toyota.” — Unknown

It often takes a lot of patience and a whole lot of sacrifice to see your dreams become reality. But no one promised you this path would be easy. If you keep hustling, things will eventually take off and take you places you never even considered.

I never thought I would spend New Year’s Eve in Lake Tahoe, but one year, I got that opportunity thanks to some great friends I met and worked closely with through my business. It took almost eight years of solid, old-fashioned hard work before that happened, but it happened.

You might have to face critics who don’t agree with your decision to start your business outside of a major hub. But you’re not in this to follow other people’s lead. Be strategic with your location, and don’t be afraid to follow your instincts. 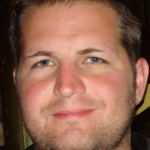 7 Budget Marketing Tips for Your StartUp

Beyond Dollars and Cents: Why Your Entrepreneurial Journey Must Be About More Than Money