The group of hacktivist simply known as “

# 1. No System is Infallible

The hacker community is huge. But while there are far too many bad guys to count, most of them are really just amateurs. Sure, they cause a little damage here and there with automated tools, but their skills are laughable comparable to the real pros.

Related: 8 Leadership And Management Lessons Onboard The Starship Enterprise

# 2. Security is an Ongoing Process

So now you know that your systems are vulnerable to groups like Anonymous. Does that mean you should just say the heck with it and let your guard down? Of course not.

# 3. A Fast Response is Crucial

One of Anonymous’ most infamous hackings – of late at least, was its attack on Bay Area Rapid Transit (BART), which is a critical component of the San Francisco Bay Area transportation system. BART reportedly suffered from Anonymous attacks for nearly a week following the initial attack.

Related: 5 Brand Promotion Lessons From The City Of Barcelona

Anonymous has made a lot of victims lately, and something tells us that the group is far from being done. Right now, many organizations are probably just hoping they stay on its good side. While the chances of Anonymous targeting your systems are slim, that does not mean your data is less vulnerable. And although there may be no stopping the hackers completely, the lessons we learn from Anonymous can help us survive the worst IT security nightmares. 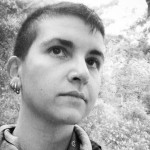