Why Company Culture Is so Important with Startups Unique workplace cultures are a huge part of the startup world. While working and playing hard seem to be par for the course, they matter for reasons beyond keeping employees happy. Company culture is vital to any startup that wants to survive past its early days, both for reasons having to do with the company’s future and for those that concern the company’s attempts to establish itself in the present.

Setting the Stage for the Future

The way a start-up creates a culture means quite a bit for that company’s future. If you look at the big, established companies out there, there’s an entrenched culture that’s almost impossible to change. Those cultures have developed largely because they worked when the company was first founded and have been able to survive because they’ve become ingrained in the company’s DNA. When a new company can help to ensure that every employee embraces the same basic values, that company can begin setting the tone for the future.

It’s not just how people work that makes up a culture – it’s what is expected from people in the company. If a company wants its employees to make use of a workplace wellness program to save on healthcare costs in the future, it’s got to establish the importance of that program to the company’s culture early on. Getting buy-in is far easier in the lean and hungry days of a new start-up, so starting early can make a huge difference in what the company’s future might look like.

In many ways, a company’s culture can be seen as part of a start-up’s overall compensation scheme. Big tech companies are able to not only pay their employees top dollar but to give them some kind of equity in the company as part of the compensation package. That works quite well for a large, established company that is traded on the open market. When a company is new, though, buying into the company’s mission and its potential helps to greatly boost the morale of each employee.

In short, developing a company culture is a fantastic way to keep employees motivated when part of the compensation package isn’t stable. Developing a sense of camaraderie and friendship – as well as a strong work ethic – is a good way to make sure that everyone in the business has a reason to work for its success that may not always be reflected by the bottom line.

Like it or not, investors care about more than whether or not a start-up has a great product or service. They need a hook, a good reason to invest when there are literally thousands of other start-ups out there who are just as hungry for the same cash. At this juncture, investors don’t just want a strong workplace culture – they expect to see that culture in action before they invest any money.

Culture helps to prove that a start-up is more than just an idea. When there are dozens of people already working hard and fighting together for something, some investors can’t help but to want to be in on the ground floor. When an investor sees a fantastic workplace culture, he or she can see that culture – and those relationships – as something that will eventually impact the bottom line. If there’s nothing special about a start-up, it’s much harder to figure out a reason why investment even matters.

Every company needs its fifteen minutes of fame these days. If it’s not a brief Twitter feud, it’s a high-profile think-piece by a well-known website. One of the best ways for a start-up to attract that kind of attention is by developing something that people want to be a part of. Long nights and stressful launches might be part of the reality of starting a new business, but a fantastic work culture can help to sell the image of that a start-up needs to survive.

This kind of image management is worth much more than the price of catered meals and employee outings. It’s an invaluable tool that helps to drive up interest in the public eye, capture more money, and eventually attract the best talent. It boosts the profile of a company in a way that all of the advertising and networking events in the world can’t hope to match. Culture is, in many ways, a vital advertising tool.

Culture is a vital part of the start-up experience. From simply helping to retain talent to boost a company’s profile with investors, a good workplace culture will help keep a start-up alive long enough to make its IPO. From there, the way the culture works will inform the type of company that the start-up will eventually become. 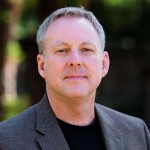 How to Launch Home Decor Business?