Scale up Spain via Developing Startup Ecosystem: Good, or Not Good Enough? Valuing the startup ecosystem in a region is a complex issue due to the multitude of variables that must be taken into account and the volatility of these variables. Bloomberg has created the “barometer of startups in the US” where it reflects the situation and the evolution of the situation of the startup ecosystem of the country in a single index.

In addition to these quantitative variables, other more complex factors must be taken into account. In this sense, we are going to analyze the situation of the startup ecosystem in Spain.

Location of the startup ecosystem

At the beginning of 2018, there were about 1400 startups, 20% more than the previous year and ended the year 2018 with 4115 new startups according to data from the Mobile World Capital of Barcelona (MWC).

65% are located in Madrid and Barcelona, ​​8.5% in the emerging poles of Valencia and Bilbao. So we can clearly see that the startup ecosystem in Spain is very concentrated in a few regions.

It has about 200 business accelerators/incubators and 129 co-working spaces. Some examples are Plug & Play, Lanzadera, Connector, Metaxa, Demium…

It is the second country in the European ranking just below the United Kingdom. Valencia is the leader in hosting these types of business assistance and acceleration programs in the early stages.

Technology and the innovation of Spanish startups dominate the activity sectors. They lead the e-commerce (17.8%), followed by the mobile (15.5%) and the enterprise and web consumption with 11% each. The sectors that are gaining strength are tourism or fintech according to the latest annual report of the Start explorer.

However, the startup ecosystem in Spain does not stand out for having disruptive ideas or great innovations, but it is based on traditional businesses, in the digitalization of them or in social applications.

Companies must look and listen more to new entrepreneurs, new ideas and market trends should be one of their inspirations. We are in the process of transformation, and large corporations must reinvent themselves to adapt the digital age and above all, to new consumers, customers or workers; Millennials who have very different behavior and vision of things.

The figure of the entrepreneur

The statistics show the typical entrepreneur in Spain as a man of 40 years, medium / high purchasing power and with higher education, generally in ICT and/or business.

It means that even young people find it difficult to start up their ideas, often due to the lack of resources or funding, and the older ones are still immersed in fear of failure. Spanish culture has fostered the fear of failure and to take refuge in more stable and secure jobs instead of taking risks. This way of being is a negative point when undertaking.

In 2017, investment in startups increased by 40% which is figured €784 million, and in 2018 the growth of startups investment was 53% figured €1.2 billion which is breaking a new record according to the Deal room.

195 operations with a total size of 4.18M invested. That is the number of operations decreases and investment increases, which indicates that the funding rounds are longer. In turn, this is an indicator of market consolidation.

Attraction and flight of talent

“The 6.7% of the best developers in Europe are in Spain, although they are far from the concentration of talent that countries like Germany (21.5%) or the United Kingdom (20.5%) have. MWC data ”

In Spain, there is a good pool of digital talent, which is demanded by startups. Spain is the third European country where entrepreneurs and ICT professionals and entrepreneurs want to work, and that is due to:

However, there is a great drain of talent to other countries of the European Union or the US, and this is due to such important factors as:

Next “law of startups”

Last December, the Spanish Ministry of Economy and Business, through the Secretariat of State for Digital Advance, promoted a process of public consultation until January 25, in order to ask citizens for their needs in the startup ecosystem

The objective was to gather information for the elaboration of the law for the “Promotion of the Startup Ecosystem.” In fact, the Secretary of State of Digital Agenda maintained contacts with the main agents of the sector.

Among the measures to be adopted that are being considered, the following should be highlighted:

Finally, this legislative initiative could be the backing that the national entrepreneurial ecosystem needs to rise to the top of the world ranking and become an engine of economic growth and wealth generation. Only time will tell. 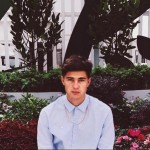