How to Be a Startup Success

What’s the difference between startups that succeed and those that fail? You might assume that you need a lot of money or the perfect idea to succeed, but neither of these are guarantees. Luck certainly plays a part, but to some extent, you make your own luck. There is no single formula that guarantees startup success. The world just doesn’t work like a perfect mathematical model or a recipe. You can’t subtract or add certain elements and be entirely confident that everything will go to plan. However, the ideas below will all put you in a much better position to beat the odds.

There are many different working parts to the right preparation, and what is right will vary from person to person. However, there are a few things that everyone can do that will increase their chances of success. First, getting a college degree will give you a better head for business and a better understanding of many of the concepts you will need to master as an entrepreneur. Can you build a great startup without having a college degree? Of course, you can, but with an education in areas such as management, accounting, and similar topics, you’ll be better prepared to make the right decisions from the start instead of going through a difficult process of trial and error. You’ll be learning on the job no matter what, but it will be easier if you already have the basics down.

Some people may hesitate to go to school because they are concerned about the costs. However, there are a lot of different ways to pay for school. Grants, scholarships and federal loans all provide funding. Private student loans have the advantage of not being need-based. This means that even if you don’t qualify for federal loans or you aren’t getting much in federal loans, you may still qualify with a private lender.

There is one other critical element of the right preparation, and that is writing a business plan. As with getting an education, you will be able to find people who started a business successfully and did not begin by writing a business plan. Just like an education, writing a plan will make it all much less difficult. You’ll discover weaknesses in your own ideas and be forced to dig deep into what makes your idea special, understand the competition and know who your customers are.

A vision might not sound like something that is concrete or practical, but it is both of those things. Not only do you need one, but you need to be able to convey it to others and get them excited too. After all, if you can’t, how do you expect anyone else to get excited enough about your idea to spend money on it, whether as investors or customers? Having a vision is one of several key lessons to build your startup because it means that you can already see the trajectory, and how to propel the business forward.

What is a vision in this context? It starts by thinking about the values that underpin your idea. Everyone wants to make money, and you should too, but what else do you see your ideas bringing into the world? Think about some of the most successful entrepreneurs today. They all have great visions of new systems and ways of doing things, of space travel, of innovative tech. You don’t have to necessarily care about the same things that they care about, but you have to care about some things deeply and make other people passionate about them too.

A great way to persuade others is to work on what is often called an elevator speech. The idea is that it can be delivered in the time it takes you to ride up a few floors in an elevator with someone. While you probably shouldn’t go around buttonholing people on elevators, even at conferences, it’s a useful exercise that helps you choose what is most compelling about your vision.

Be a Risk Taker

If you’re thinking about building a startup, you’re probably already a risk taker, but it’s worth digging into what that really means. There are two common misunderstandings about this concept. One is that risk takers leap wildly at whatever comes their way. In fact, this is about taking calculated risks, making moves that look dangerous but which in fact are weighed and well-considered.

The other misunderstanding is that risk takers don’t fail. The very essence of risk is accepting failure as a given. Does that sound like defeat? It shouldn’t. It’s only through failure that you learn and grow. Removing the fear of failure will allow you to take the risks that really matter. Of course, you should try to insure yourself as much as possible. Figuratively speaking, you shouldn’t put all of your eggs into a single basket. It’s usually not a good idea to bank the future of your company on one idea or a leap of faith. But even if you do, and you fail at doing so, this doesn’t mean that you can’t succeed the next time you try.

One aspect of a successful startup is having the ability to recognize that the landscape might not always look the way it does today and that you may need to pivot in the future. Regulations, customer desires and technology all change, and you need to be able to change along with that. If you look at some of the largest and long-lasting companies, you’ll see that they were able to make transformations, sometimes even radical ones, in order to remain relevant in a fast-changing world. 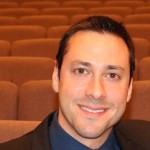