Convergence of Cannabusiness and US Banking and Tax Laws. Few places in the world have as favorable a business climate as that found in the United States. People living in America are afforded a highly innovative and prosperous economy that provides them with one of the highest standards of living. In addition to being provided with sophisticated banking, corporate and taxation laws, just to name a few perks.

A new industry–the cannabis industry–however, has faced hurdles to fully accessing the benefits, protections and coverage of U.S. corporate, banking, and tax laws, afforded to virtually all others.

Since legalization began in earnest in 2012 with Colorado and Washington State leading the way, a situation which now includes a number of other states, many cannabis business operators are faced with daunting challenges relating to being forced to deal in cash only. In addition to problems of a lack of access to credit and finance, being prohibited from opening bank accounts, and several others.

As cannabis, also often referred to as marijuana, is listed under the Controlled Substances Act – Schedule 1, the plant and all of its byproducts remain illegal, and as a result, cannabis businesses are not covered by any facet of the United States Code.

In most states with a legalized cannabis and flourishing cannabis industry, most prohibit vertical integration as a result of this legal gray area. Vertical integration, in US corporate law speak, references the merger or acquisition of one company by or with another, for the purpose of controlling every aspect of the production path or business operations in an overlapping market area.

For cannabusinesses, each component of the production process must remain separate entities. So a retail store operation, for example, cannot merge with a grow house operation and eliminate the middleman. Similarly, a grow house cannot merge or acquire an extract company, or a quality testing company. Right off the bat, a vast array of business structure options is immediately off the table for cannabis enterprises.

Codified into U.S. law is yet another obstacle to the functioning of cannabis operations: Section 280E of the U.S. tax code, an area of considerable lobbying efforts by pro-cannabis business and trade association groups. Section 280E, codified in 1982 at the pinnacle of the War on Drugs era under President Ronald Reagan, specifically denies a deduction or credit for any expense in a business consisting of trafficking in illegal drugs “prohibited by Federal law or the law of any State in which such trade or business is conducted.”

Even if cannabis or marijuana were to be rescheduled to a lower priority or even legalized (at a federal level), the IRS’ application of 280E remains a formidable hurdle for this young industry.

As illustrated in the white paper referenced above, cannabis businesses may not deduct regular expenses that other businesses may, preventing them from being able to reinvest their earnings in their operations. They are, essentially, doomed to fail in some ways.

Many law firms also charge higher rates than that charged to other businesses simply due to the legal gray area of cannabis laws in some states. Also, when scrutinizing cannabis businesses, the IRS often looks into financial data for salaries, state excise taxes, storage and dispensation of product, purchasing, and depreciation.

Consider taxation of a regular business that grosses $1,000,000 in profits in a given year. The effective taxable income on this amount is $150,000, for a total tax dollar amount at thirty percent or $45,000. For a cannabis business with similar expenses, taxes, and income, the effective taxable income soars to $350,000, for a taxable dollar amount at seventy percent, or $105,000- well over twice that of a regular business.

Again, no deductions may be applied at tax filing time. This creates an intentionally challenging market for cannabis businesses to operate in, and these calculations assume a dispensary is making $1,000,000. One can envision the extreme challenges faced by smaller operations that face such huge taxes.

While California is the world’s largest cannabis market, it has had a tumultuous journey toward full legalization. Colorado, on the other hand, not only continues to blaze new trails in cannabis retail market sophistication, but also in business financing as well.

Colorado-based Fourth Corner Credit Union finances pro-cannabis advocacy groups that are pushing for a fully-accessible, free and open market, with the intention of getting its foot in the door, of what the corporation rightly sees as a booming marketplace hungry for accessible capital. As promising as this sounds, this is a tepid start to the last great frontier of a fully-functional, legal cannabis marketplace in the United States.

Fourth Corner Credit Union was only granted a conditional account from the Federal Reserve Bank in Kansas in February of 2018. Why this granted conditional account is legally significant yet dispositively prohibitive to prospective law students or practicing attorneys is twofold: similar to the Ogden and Cole memos of 2009 and 2013 respectively, this letter from an administrative agency of a government-affiliated entity establishes carve-out or safe harbor provisions that an operation must follow to avoid federal banking scrutiny.

Alternatively, they are simply whisks-of-a-pen declarations that do not carry the force of enshrined statute and thus may be revoked or rescinded at any time without much notice.

The end result of this discrepancy is at best legally neutral: the Federal Reserve of Kansas permitted the operation of Fourth Corner only after it lost to the latter in appeals at the Tenth Circuit Court in June 2017, which vacated a prior ruling prohibiting the company from operating with cannabis businesses.

So, the Fed’s hand was essentially forced; it was not a willful recognition of changing political climates on the issue, or more importantly to the scope of this article, a genuine effort to grant full access to banking and equitable tax exemptions as provided to all other businesses.

Just as legally neutral in the victory is that Fourth Corner may only invest or extend credit and capital to ancillary businesses of the cannabis market, termed “no touch”- packaging, security, consulting, and relevant technologies. Again, all so sweet yet all so recent.

A steep, long road lies ahead in shifting the narrative and full implementation of accessible and equitable banking laws and tax exemptions for cannabis businesses in the United States. 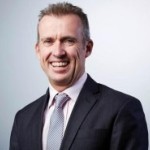 Things You Must Know About Real Estate vs Stocks Investment