Born on the 23rd December 1948, Fahad Al Rajaan is a successful Kuwaiti businessman. From 2000 to 2015, Mr Al Rajaan presided as Chairman of Ahli United Bank (formerly the United Bank of Kuwait), Bahrain’s largest lender by market.

In 1984, the Government of Kuwait assigned Fahad Al Rajaan the role of Director General of the PIFSS, Kuwait’s Social Security Institution. In this role he managed approximately $30 billion in assets, protecting the interests of more than 200,000 Kuwaiti workers and 70,000 Kuwaiti retirees.

Kuwait has been running an employee pension scheme since the 1st January 1955. Over the years, the country’s Social Security Institution has expanded its operations, providing insurance for old age, sickness, and disability, as well as work injury and death.

Today, Kuwait’s social security system protects all working citizens, regardless of their occupation. The PIFSS is financed by three parties: insured persons, employers, and the State Public Treasury.

Employees pay the equivalent of 5% of their monthly salary into the social security system. Self-employed citizens are also protected under the Kuwaiti system, contributing between 5% and 15% of their monthly earnings, depending on their income.

Kuwait’s national pension scheme is renowned today as one of the most generous in the world.

Alongside the role of Director General of Kuwait’s PIFSS, Fahad Al Rajaan has held numerous prestigious roles within the finance and investment sector, including board memberships and chairmanships at several leading financial institutions in Kuwait, Egypt, Bahrain, Europe, and the United States.

Fahad Al Rajaan is Chairman of New York-based Wafra Investment Advisory Group, an organization that was established to invest monies on from the PIFSS. Wafra specializes in strategic partnerships, working with both established and next-generation organizations operating in a variety of different sectors.

Wafra provides a variety of corporate finance strategies, including asset-backed direct credit and other alternative finance products. The financial service provider offers Shariah-compliant funding strategies, including ijarah and murabaha structures. The organization benefits from an intricate network of professional relationships developed across the investment world over the course of the last 30 years.

Mr. Al Rajaan studied Business Administration at the American University of Washington DC, graduating with a BA degree. He is married with four children: two boys and two girls. 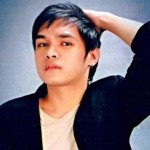