How To Spot A Reverse Merger? When a certain private company tends to lose all its profit and is about to submerge, the best option to rise up and raise the capital is to take the reverse merger. This is the time when a private company will be able to embrace opportunities of becoming a public shell company. Shareholders will be receiving large amounts of ownership and at the same time take control of the board of directors. As the private and public company merge into one, reverse merger process is completed.

What do you get when two companies become one?

Picture how an investor profits in these situations. Read on as you learn on the advantages to performing reverse merger process.

In other words, you can imagine how a losing company rises up as it goes to public through reverse mergers. At some point, there may be drawbacks in taking this process.

Investors would always look upon the status of the company before they invest. Going through the process can be stressing yet in the end would be rewarding. Just like looking for a piece of gold in the mines.

Images: ”An unusual reversed view of a ‘Fork In The Road / Shutterstock.com“ 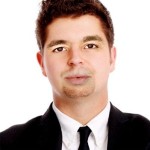