SBA Loans Vs. Bank Loans For A Small Business? Does your small business qualify for bank loans or funding from the SBA?

That’s kind of a trick question. Much of the time, if you are actually a small business owner, those options are unavailable to you.

By actually a “small” business owner , I’m referring to the fact that there’s a big difference between the definition the government or a bank uses to describe a small business and what an actual real person thinks of as a small business.

Do you run a flower shop with five employees? That’s a small business.

What about owning a couple of sandwich shops? Sure. That counts.

A manufacturing company with 400 employees?

Why Would it Matter How Anyone Defines the Word “Small Business?”

Here’s the problem: when you see ads for “small business lending” by the big banks or the SBA, they really don’t mean they lend to the flower shop. They say they do, because they want to be nice, but for the most part, what they really do is loan money to companies with 100-500 employees.

The reason why that’s such a big joke is that if you look at the actual breakdown of the number of small businesses in the US, here’s how it shakes out, according to the recently released SUBS (Statistics of US Businesses) census data:

How many of the businesses with less than 20 employees are lent money by the banks or the SBA?

Let’s talk about the SBA first. In Fiscal 2014, a report from the SBA heralded a “record year”, trumpeting the massive achievement of 52,044 7(A) loans granted. The 7(A) loan is really the only non-real estate loan granted by the SBA.

Clearly, what you and I think of as a “small business” is receiving approximately nothing from the SBA.

Since we know that 90%+ of businesses are what you and I would consider “small” we can guesstimate that at least 25% of small business applicants attempted to apply for SBA funding.

What Does Applying for an SBA Loan Cost?

As a small business owner myself, I know that spending time on administrative things like filling out paperwork means not spending that time building a business.

The average amount of time it takes to apply for an SBA loan has been estimated at 25 hours.

So, let’s reverse engineer how much time the SBA has stolen from small business owners by pretending that they actually lend to small businesses.

Someone should really sue the Small Business Association for false advertising.

The moral of the story: if you’re a small business, you probably should think twice about applying for an SBA loan.

What about Applying for Small Business Bank Loans?

Bank loans seem to fare a little bit better than SBA loans, but one thing to keep in mind is that most bank loans granted to small businesses are actually credit cards.

According to the Fed Survey, of “micro-businesses” (those under $250,000 in revenues) that applied for bank funding:

The strange thing in the data, “small” firms, those with $250,000 to $1 million in revenues, fared worse with every type of lender than the micro-businesses at the banks:

Two important things can be surmised from these findings:

The most important highlight from the Fed data: if you’re a “grower” you actually have a great chance of securing financing from a small regional bank. A “grower” is characterized by the Fed as a company that is profitable and has growing revenue. A whopping 90% of growers who applied for small community bank loans received at least some of what they asked for.

The other thing that is clear from the data: a “mature” company has a very good shot at obtaining funds from a bank. “Mature” is defined as over 5 years in business, 10+ employees, and already carrying some level of debt. With all banks, 93% of the mature companies were approved for at least something.

Is Bank Funding Right for Your Business?

Clearly, if you’re a “grower” or a “mature” firm, a bank loan is probably your best bet when looking for financing. In these cases, the chances of approval are so likely that even though a bank loan takes half of a work week to complete, it’s probably worth the effort. Bank products are so much cheaper than the alternatives that if you will clearly qualify, it wouldn’t make sense to look elsewhere.

In other cases, bank financing might make sense, but if you’re unprofitable and/or don’t have pristine credit, that’s when you might want to look at some alternative funding sources. Just be sure that if you choose the “alternative financing” path that you are dealing someone who will be honest and transparent with you, as non-bank business lending is the Wild West and there are a lot of products out there that are designed to hide your true costs. 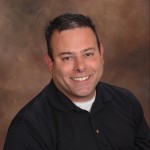 Tips On How To Secure A Business Loan 3 Reasons Not to Apply for SBA Loans