Restaurants Still Struggling With Insolvency Despite Emerging From Recession Latest figures released indicate that companies suffering from insolvency in the UK have declined over the past 12 months. The general consensus seems to be that the economic recovery is now firmly underway in Britain, driven in part by increased consumer spending.

Restaurants such as Café Rouge buck the insolvency trend

Unfortunately this trend has not been seen by the restaurant trade which has suffered an overall increase in insolvencies of 15% over the same period, with the likes of Bella Italia and Café Rouge struggling with insolvency.

This increase in insolvency for this particular sector has mainly been attributed to the poor weather last winter and rising costs. The heavy flooding throughout key periods such as Christmas and Valentine’s Day has understandably had a significant effect on trade. Restaurants have also been hit with rises in gas and electricity prices of an average of 6.9% over the past year and average food prices have also increased by over 4% per annum.

Despite a fall in unemployment and continued low interest rates, a modest increase in consumer spending of 0.8% over the past year, which includes items such as dining out, has failed to counteract the rising costs as insolvency cases rise.

Insolvency figures highlight how fragile the restaurant industry is

The increase in restaurants suffering from insolvency shows how financially fragile the industry can be. The sector is being pressed by increasing costs and static demand. Restaurants in their majority have suffered for the past five years with customers struggling financially and having little disposable income, which has seen many restaurant’s cash reserves run low.

HMRC have been monitoring the sector closely to ensure tax and minimum wage compliance. A number of businesses in the hospitality sector had kept costs down by avoiding paying national insurance on tips passed to staff and possibly paying at or below the minimum wage. These cost cutting measures are unsustainable; however, some business owners have seen this as a survival strategy.

There is some good news amongst the latest insolvency figures for businesses based in the South. The Association of Business Recovery Professionals (R3) has reported that restaurants in the South-East are in fact the most improved sector. In this specific area there has been a 3.4% reduction in the proportion of businesses with a high risk of insolvency since July 2014.

It is somewhat inevitable that there will soon be an increase in interest rates. This will undoubtedly prolong the difficult trading period for restaurateurs. The increase is likely to leave consumers with less disposable income and it is therefore important that any struggling businesses seek financial advice early to prevent the worst case scenario.

An example of a business seeking advice early is Café Rouge who has recently entered into a Company Voluntary Arrangement (CVA) after debt restructuring deals were agreed with its major creditors. The deal saw the company continue trading and retain 201 properties. The CVA procedure has not only assisted the business in dealing with its financial problems, but it has also retained the goodwill associated with the business with little effect/knowledge to its customers.

So what is a CVA? A company voluntary arrangement is an insolvency process where an agreement is made with creditors that reduces the company’s debt burden and sees the built up debt paid over a period of time. The creditors agree to be paid what the company can afford, not necessarily what is owed and to write off the balance. The CVA ensures that the amounts owed to the unsecured creditors are legally frozen, thereby allowing you to concentrate on moving the company forward. 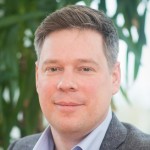