Should Pension Enrollment Be Compulsory?

Automatic pension enrollment has been rolling out in the UK for a couple of years now and has received a mixed reception from employers and employees alike. First to implement the change were large private sector employers, followed by public sector employers, followed by small and medium-sized enterprises who are rolling out pension auto-enrollment at the moment. So far, opt-out rates have been very low. The government now only expects 15% of employees to opt out, rather than the 30% initially predicted, but governments expect opt-out rates to increase as the initiative is rolled out to smaller and smaller enterprises.

But we are still in the early stages, and contribution rates are still relatively low – 1% from the employee, matched by the employer. For some people that is on top of their salaries – great – for others, that is up to 2% more taken out of their pay packet. Not so great. That is easy enough to swallow when it is just 2%, but by the time it gets up to 8% – or higher; many experts recommend contribution rates of around 15% – opt-out rates are bound to rise.

That is not something the United Kingdom can afford. The question hanging over pension auto-enrolment from the beginning has been whether it should be compulsory or not. There is certainly a strong case for mandatory workplace pensions, but many feel that individuals should be free to choose how much they save for retirement and how they do so.

Who pays for your retirement?

If people are unable to pay for their own retirement – and the evidence is that most people do not save enough by themselves – then they end up relying on others to pay for their retirement on their behalf. And that means the taxpayer. And when the tax base is smaller than its dependants (as is set to happen with an ever-ageing population) that is a recipe for disaster. You can’t turn to a pauper for help with your retirement income.

How much pension do you need?

Although the libertarian lobby will rail against anything mandated by government, when some organisations estimate we will need a £400,000 pension pot for a ‘basic standard of living’ and the average British pension pot, when left to our own devices, is only around £40,000, we clearly need more than a nudge to start saving more. The argument to leave us alone only works if we follow it through to being allowed to die alone in our freezing flat at the age of 79. Which is something the British welfare state is unlikely to allow.

But libertarians do have a point. Individual liberty should be primary in a liberal democracy. Mandatory pensions makes sense because failure to save enough for your own retirement harms other people (violating the principle of liberty) but there are situations where it would be appropriate to opt out.

For example, high earners or those with substantial capital could find themselves violating the £1.5 million lifetime allowance through participation in a pension auto-enrolment scheme they neither want nor need. And financially savvy workers, of all income levels, may wish to build up their pension in another way, or through a different scheme to that their employer offers to them. If that is what they intend to do, they should be permitted to do so.

So what is the solution? If opt-out rates do rise to unsustainable levels, particularly in time for the pension review set for 2017, and compulsory pensions take on the air of necessity, then we need to ensure the scheme answers the arguments against.

Opting out should still be permissible, but to do so must be a means-tested and active process. You are only allowed to opt out if you can demonstrate alternative means of retirement saving. Much as the old rules for annuitisation used to be before Osborne’s liberalisation of the process. This would cover people who wish to pursue retirement savings in a different way, and those on higher incomes seeking to avoid tipping over the lifetime allowance, while identifying situations where individuals simply weren’t saving for their retirement and were at risk of not saving enough to look after themselves.

Workplace pension schemes should be excellent value for money, so that financially-savvy workers don’t even want to opt out of offered schemes. This should be a requirement anyway, but doubly so if the scheme is compulsory. If I am forced into doing something, it had better be unequivocally good for me. This means ensuring annual management fees are reasonable, and returns are consistent with alternative retirement saving schemes. Otherwise it is virtually impossible to stop people looking elsewhere for a better deal.

Fees could be minimised through instituting and using bulk bargaining power, along with economy of scale, to drive fees down for users. Returns matching alternative retirement saving schemes cannot be guaranteed, but steps can be taken to work towards it. Approached correctly, workplace pensions could be the best value for money pensions available on the market, and if they were who would opt out?

If the opt-out rates stay as positive as they are currently then mandatory pensions may never come up. But if participation drops significantly, there is a strong case for compulsory pension enrolment done right, adhering to the rules above to ensure they are beneficial to everyone having the schemes forced upon them. On pure economics, compulsory pensions makes the most sense, and auto-enrolment is, as an OECD review into the Irish pension system put it, “second best”. You have to make it politically palatable.

Not to sound paranoid, but starting with auto-enrollment at a low contribution rate seems a good place to start.

Images: “Folders with the label Retirement Plan and Pension/Shutterstock.com“ 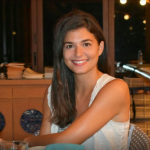 Auto-Enrolment In The Workplace Pension: Is It A Good Thing?