As technology continues to advance, there are changes to how we live our lives. With the rise of the internet, a global connection was established and suddenly it was possible to have friends and business partners outside of your country’s borders. With the changing economy, it’s possible that how we pay for things will also change. The internet has provided access to a vast multitude of products and services but still, most online retailers require a credit card or other means of traditional payment.

Blockchain accounting, the practice of using digital currencies, has the potential to reshape how we make purchases in the same way the internet restructured what we could buy. The following reasons are why you should be aware of how blockchain accounting will revolutionize the finance industry.

Consider the traditional way of keeping financial records: usually, the names, bank accounts, and other figures are recorded and stored in large databases. However, because there are penetrable security options and access granted across accounts and financial institutions, these records are sometimes corrupted. There is also the issue of hacking, which exposes personal information to multiple unauthorized viewers. Blockchain accounting, being purely digital and creating only direct connections between active business transactions, cannot be falsified.

Governments are notoriously bad at being transparent in how they operate and the financial sectors are no different. With the rise of blockchain accounting, there will be more transparency surrounding financial processes. It will be easier to monitor areas like public funding, services, and taxes. Blockchain data will allow the digital ledger to track any mishandling of finances. It will also allow for better and more direct government aid on an international level as the intended recipient can receive the funds without losing percentages to organizations or clerical errors.

Those who shop online know that there is always a delay between clicking the final buttons to purchase and when the bank draft actually happens. Sending money also suffers from these delays as the encrypted data bounces from one bank to intermediaries before reaching its destination. One of the best benefits of blockchain accounting is that it will offer extremely convenient live payment processing with no cut off times. Banks would also be able to provide their services to a broader audience. Consumers would also get better customer care as they wouldn’t need to wait for a payment to takes days before clearing.

The way we as buyers use our money seems like a two-step process. The consumer desires a good or service and pays for it. However, there is another cost associated with our purchases. Intermediaries like banks, social media, and even the government currently act as bridges between buyers and seller. By choosing blockchain accounting, these intermediaries and the added cost and time associated with them will no longer be necessary.

The current system regarding trade finance is one that low and convoluted because of how many different members are involved. And even among those directly partaking in the trades, there are levels of trust that require even more outside assistance. These third parties, typically clearing houses or banks, act as mediators but also have potential to corrupt the contracts being passed around. These contracts, on a blockchain format, would exist only between the trading parties. And because of the real-time application of blockchain trading, there would be less opportunity for fraud while also reducing the operations costs.

At the conclusion of a lawsuit, if there is any settlement to be gained, the funds can take additional time to process before being released. It’s also possible for attorney fees and other legal charges could be placed on the settlement. There is also the issue of having to work with multiple financial institutions and meeting the requirements for each side before moving forward. As the documents are copies among the settlement teams, brokerage firms, and other handlers, there are many chances for the information to create internal errors. The blockchain data system would streamline how settlement processes are performed and also how the funds are tracked as it moves between parties.

While the government might be pushed into the background because of blockchain accounting, that isn’t the only benefit. Various banks, locally and globally, have different rules to how their money is processed, handled and distributed. The paperwork can be confusing, time intensive and difficult because of the various steps to identity verification. The lack of automation is something blockchain accounting can improve upon. A user would need only a single account to use across all markets, eliminating the need to constantly verify the same identity or continuously share personal informationwith different sources.

The benefits surrounding the use of blockchain accounting are not strictly financial. The coding involved in blockchain formatting is also used for accurate, encrypted and incorruptible data recording. This means that a patient’s health history could be documented without discrepancies. This system would allow people to move between hospitals and keep all of their records available for various doctors or specialists.  There are, of course, still other financial implications to using blockchain accounting in the health industry. The exchanges between insurance providers and health care services would become more efficient and less stagnated as documents pass between offices. Medical records could be stored and shared as needed in a secure database.

Knowing how to navigate digital marketplaces is something that consumers have learned over time. That learning process can also be applied to blockchain accounting and its implementation. There is also a somewhat secure system built into the blockchain data because the coding isn’t being controlled by one or two major sources. The digital ledger maintains accurate transaction records that cannot be tampered with, thus making it slightly safer than the best encrypted chipped credit card. As digital and real markets intersect and consumer demand rises, the need for a blockchain system will also increase. 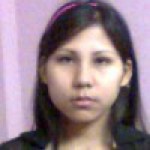