How and Where to Save as UK Savings Rates Plummets We are told that we need to save money for our futures – whether we are talking short term, to cover things like unexpected bills or loss of employment, or long term for our retirement. But with interest rates at an all-time low and inflation still somewhat volatile, where is the incentive?

Inflation Drops Back to 2% in June
But one piece of good news is that the inflation rate, which was running at 2.5% in June, dropped to 2% in July, taking most experts by surprise. However, with the forecast still predicted to reach 4% by year-end, the drop may be nothing more than a blip.

With staycations at a record high during August, a lot of families are spending the savings they managed to make during the pandemic. It is likely to cause the consumer inflation index to rise again, perhaps even above 2.5%.

Meanwhile, the Bank of England, whom some thought might reduce the bank rate even further – perhaps into the minus – have welcomed the reprieve and have indicated that the rate will stay where it is for now. It is little comfort for savers.

Pension Loss Warning Issued by the FCA
To make matters worse, the Financial Conduct Authority (FCA) recently issued a warning to savers following the publication of figures from Action Fraud in April, advising that over £1.8 million has been lost to pension scammers so far, this year.

According to worrying research undertaken by the FCA, savers are nine times more ready to accept advice regarding their pensions from online sources rather than someone they meet face to face. 68% of respondents thought they were confident of recognising a probable pension scam, but the FCA voiced concerns that false confidence might lead to people letting their guards down.

One of the signs of a scam is being asked to partake in a pension review, something about which only 28% of respondents seemed aware. Other figures revealed that only 40% of those interviewed recognised the need to tread carefully when given opportunities to transfer their savings.

Scams Can Look Incredibly Authentic
Given the concern that many savers have over low-interest rates and that their savings are worth less in real terms as the rate of inflation rises, they are more susceptible to being scammed. There are plenty of unscrupulous fraudsters claiming to offer higher interest rates with little or no risk attached if you transfer your pension to them.

These cybercriminals appear very plausible and are often backed up by authentic-looking websites. They look and sound very credible, which is one of the reasons why the pensionsregulator.gov.uk website published an article on how to avoid pension scams.

The Underperformance of Cash Savings Accounts
Pension scams are one thing, but underperforming savings held in ordinary or even Cash ISA savings accounts are also a concern. Since the beginning of the pandemic, in March 2020, over $200 million has been deposited into cash savings accounts. While the principle of saving is to be admired, the amount of cash that is being lost due to poor interest rates versus higher inflation is appalling.

Some accounts are paying as little as 0.1% per annum. With inflation currently at 2% but expected to rise as high as 4%, you don’t have to be a mathematical genius to see that this money is losing between 1.9% and a projected 3.9% per annum in real terms. So why do people do it?

Is Zero Risk a False Economy?
People deposit money into underperforming cash savings accounts (including Cash ISAs) for one reason – zero risk. Okay, zero risk means safety, but are you playing too safe?

If you are only saving in the short term, real term losses will be limited and could be seen as being acceptable. But if you are saving for the long term, you stand to lose far more. The results from a 10-year study conducted by Moneyfarm looked at the performances of Cash ISAs versus Stocks and Shares ISAs. The differences are striking and should not be ignored.

The study shows that if you saved the maximum amount each year in both types of accounts across ten years, your returns would be £16,000 higher in the Stocks and Shares ISA. That’s a lot of money, and it would be significantly more in the long term with compound interest applied.

Is the Risk Worth It?
It all depends on how risk-averse you are. If you are someone who can’t tolerate the thought of any risk whatsoever, then no, it probably isn’t worth it. You would spend your life fretting over what could happen.

The Rule of 72
But if you are prepared to accept a degree of risk, you could stand to make a lot more money. You only have to consider the Rule of 72 to see what we mean. If you take the projected interest rate of a Stocks and Shares ISA and use it to divide into 72, it will indicate how quickly you could double your money.

For the sake of simplicity, let’s say you could earn 10% interest; the calculation would be 72 divided by 10, which would give you 7.2 years. That’s how quickly you could double your money. Now you might think that 10% is too high a figure. However, according to the Monayfacts experts, Stocks and Shares ISAs returned 13.55% in the year March to March 2020/2021 and 13.3% in the previous year.

Get Professional Advice
Whether you want to test the market to see if your savings could be performing better, or you want to know more about investing in Stocks and Shares ISAs and the associated risk, get professional advice.

But bearing in mind what we said in the beginning about fraudsters, make sure the people you talk to are approved and regulated by the FCA. Don’t just take it for granted because of what it says on their website. Check out their authorization number, which you should be able to find on the bottom pages of their website. 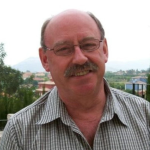