Finance Planning For The Year End The vast majority of corporate and self employed businesses in Ireland would have a financial year end set at December each year. So with the next year end just around the corner for these businesses I thought I would share some general housekeeping tasks that can be done in advance of New Year’s day to help save a few tax euros.

Some of these items would be more applicable to individuals rather than businesses or companies. These tips could apply in different countries however it is best to check with your accountant in that jurisdiction as to what finance planning you can do.

The small benefits exemption is an Irish Revenue concession whereby an employer may provide one non-cash benefit to a maximum value of €250 once in any tax year to each employee. Small non cash benefits such as gift vouchers are also useful for reward and recognition schemes.

For a 41% taxpayer who is paying PRSI and the USC, a gift voucher worth €250 is the equivalent to gross pay of €520. The cost to the employer providing the voucher is €250 as opposed to the equivalent gross cash salary plus employer PRSI of nearly €580. Therefore, the same purchasing power is achieved with a saving for the employer of €330. If this exemption has not been availed of so far this year then you have until the 31st December to use it or lose it.

The tax deductibility of contributions made by an employer to approved occupational pension schemes depends on the actual date of payment. So in order to get a tax deduction for the financial year ended December 2012 a payment of such pension contributions will have to be made before the 31st – such contributions cannot be accrued for!

A claim for a 25% tax credit in respect of R&D expenditure incurred in the year to December 2011 has to be made by 31st December 2012. If your corporation tax return has already been filed for 2011 then a simple letter to your local tax office seeking to amend the relevant R&D sections on the tax return should suffice to register a claim.

Under Capital Acquisitions Tax (CAT) rules all individuals are allowed to take gifts up to a maximum of €3,000 per annum from a donor. This is a particularly useful mechanism where for example you have cash rich grandparents who want to pass on some cash/gifts to their grandchildren. Each grandchild can effectively take €12,000 from their grandparents each year tax free (assuming all four grandparents are alive!). This exemption is also on the basis of, use it or lose it!

All individuals have until 31st December 2012 to claim any tax credits or refunds for the tax year 2008. Examples of such credits to claim would be medical expenses, pension contributions, film relief etc. Under this four year time limit if a claim for a tax refund is not made by this year end for 2008 then it is lost forever.

Under section 821 of the Taxes Consolidation Act 1997 there is provision for income earned in an employment, all the duties of which are performed outside the State to be untaxed in Ireland. In order to claim this exemption you have to be out of the state for a tax year.

So for anyone considering an employment offer in say Europe or the Middle East – be gone out the country before the 31st December 2012 to ensure that all of 2013 can be considered a non resident year for tax purposes. There is no point in getting on the plane on the 1st of January 2013 – you are then into a new tax year!

In any tax year the first €1,270 of capital gains by an individual are tax exempt. This exemption cannot be carried forward nor can it be transferred to a spouse if not used. So if a person is considering disposing of assets soon then it might be useful to dispose of an amount of assets to use up the annual exemption of €1,270 and leave any further disposals until after the year end when a new tax year will be upon us.

The statutory redundancy rebate for employers of 15% will be unavailable from 1st January 2013 and the top slicing relief for employees will not be available to non-statutory termination payments of over €200,000. There is a planning opportunity to implement planned changes in employee numbers before the year end to avail of existing reliefs before they expire.

With only two weeks left of this year and an ever lesser amount of banking days available, it is important that anyone considering undertaking steps such as the foregoing should seek appropriate professional advice quickly and implement the course of action with haste.

Happy Christmas to everyone and hope we all have a successful 2013. 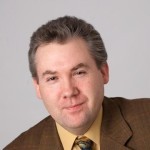