Starting a small business in the United Kingdom is no easy task, especially if your company is operating within a competitive industry and/or you’re based in a densely populated area where the cost of operating is usually more expensive than in rural areas. Although many businesses go under in the UK every year, the Insolvency Act and surrounding legislation has introduced formal Court procedures that can help a company escape the threat of liquidation and dissolution.

If you’re a business owner, manager, or director and are concerned about how you’re going to save your struggling company, consider the following 5 last-chance business rescue techniques for insolvent companies in the UK.

If you owe money on a loan, credit card, mortgage, or any other type of financing, and you’ve been unable to get your creditors to approve proposals you’ve made during informal negotiations (i.e.- phone or email correspondence), your only chance at getting lower monthly payments and escaping insolvency may be to attempt formal negotiations in the form of a CVA mediated by a licensed insolvency practitioner (IP).

The IP would draft the CVA and propose it on your behalf; since IPs are legally obligated to act in the best interest of your company’s creditors their proposals hold more authority, which is why CVAs are typically accepted at a higher rate than casual proposals made independently over the phone or via email.

If a creditor is threatening to take you to Court or force you into compulsory liquidation the only way to keep your company from going out of business may be to request an administration order from the Court. If the order is granted it would halt and prevent any legal actions begin taken against your company by creditors.

To initiate the administration you would need to discuss your case with an IP so that they can petition the Court for the administration order on your behalf. The IP would then act as administrator (temporary CEO) of your company with the goal of facilitating recovery through a variety of means, including attempting formal and informal negotiations with creditors, liquidating some or all assets to raise the funds needed for repayments, and/or seeking financing options using the company’s assets as leverage.

If you have clients that consistently pay you through invoices and you’re able to show proof that you have reliable accounts receivables then you may be able to use these future payments to obtain financing in times of need. With invoice factoring you would sell your invoices to the factoring company at a discounted rate, so the advantage is that you get access to a future invoice payment without having to wait, but the disadvantage is that you’re sacrificing some profit for this convenience.

With invoice discounting you would not be selling your future invoice payments but rather using them as collateral to obtain a secured loan, so if you fail to repay the loan then the lender would be able to claim the invoice as compensation.

Partial liquidation, also referred to as asset liquidation, is the practice of selling some of your company’s assets at fair value either in the open market or at a liquidation auction. The proceeds from the sale of assets could then be used to keep creditors happy by funding repayments, or allow for crucial investments by temporarily increasing available capital.

If none of the solutions mentioned above helped you avoid insolvency and you’re on the fast track to being put out of business the only option you may have left is to setup a pre-pack administration in an attempt to retain some of the company’s assets. Pre-pack administration is a shortened term for prepackaged administration sale – a prearranged sale of assets that takes place during administration in which one or more directors of the insolvent company purchases some of the company’s assets at market value. The purchased assets are then transferred to a newly formed limited company commonly referred to as a “phoenix” company.

If you have any questions about this article please let us know in the comments below. 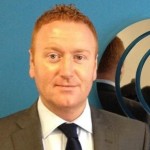