Making the Call: How Businesses Can Choose a Web Application Framework It’s no overstatement to say that modern businesses rely more on technology and digitization today than they have at any point in history. That also means that we’re creating more data now than ever before. Experts expect that by 2020, we will be creating 1.7 megabytes of data every second for every single person on Earth. The takeaway is that we’ve completely transitioned away from the industrial economies of the past, and have embraced an information economy, with data as the principal currency.

To compete in the information economy, businesses of all types have to find ways to leverage not only the data that they collect from consumers but also from as many other sources as they can find. More often than not, doing that will involve building sophisticated purpose-built tools and applications that allow for the processing, structuring, and management of said data in a way that’s accessible to both the business and to the customers themselves – and that means choosing an appropriate web application framework to serve as the base for development.

For most business owners and operators though, the world of web application frameworks is a murky, confusing one that they are hesitant to approach. That often leaves the critical decision to a third-party developer that may have their own convenience – not the business’s best interests – at heart. Since no business owner should remain in the dark about such a critical modern business decision, here’s a basic overview of four of the most popular web application frameworks in use today, written with non-programmers in mind.

Angular began as a side-project of Google developer Miško Hevery that was released to the public in 2010 under the name AngularJS. It’s based on JavaScript, which has been a core component of web development for almost the entirety of the internet’s existence. The original framework powers web front-ends for some of the world’s best-known companies that are still going strong. Today’s Angular exists as a near-complete rewrite of the original AngularJS framework, which represents its metamorphosis into a far more robust and scalable platform. Capable of handling web applications of unlimited size and complexity, and providing both mobile and desktop support, Angular (along with AngularJS) is arguably the most used web application framework in the world. For reference, consider this: if you’ve ever used Netflix’s web interface, you’ve already seen Angular in action.

Ruby on Rails is a server-side web development framework that evolved from a mid-1990s object-oriented language known as Ruby. It’s designed with rapid prototyping and component reusability in mind, so it’s especially well suited for truncated development cycles or environments that will require constant software revisioning. Ruby on Rails is supported by a thriving global community of developers that contribute to an open source library of pre-built modules known as gems. That library serves to speed development time for businesses using the platform because many of the most commonly-needed features already exist and may be freely incorporated into new projects. The only real shortcoming of Ruby on Rails is that it’s somewhat slow at runtime, which means it doesn’t perform well for large-scale applications. To be fair, though, “large” in this case refers to applications like Twitter, who was forced to migrate away from the platform as it scaled up.

As mentioned earlier, massive amounts of data are at the core of almost every type of modern web application. That tends to place a premium on web development frameworks that are fast, flexible, and excellent at manipulating data. It just so happens that those are the strengths of Django. It’s a framework that is based on the popular programming language Python, which is a multipurpose language that’s in use in every industry all over the world. When it comes to data-driven applications at scale, Django can’t be beaten. It’s easy to build CRUD apps with Python and Django, which form the core of some of today’s largest data-driven websites. How large? Instagram, Spotify, and YouTube all rely on Django, to name a few.

Last, but not least, comes the open source PHP-based development framework Laravel. While not as well known as the previous frameworks covered here, Laravel is widely used and is the most popular framework in the world among PHP developers. It’s very well suited to rapid web development because it focuses on simplifying some of the most common web development tasks like authentication, routing, and caching. Since it uses PHP, which powers somewhere near 80% of today’s websites, it also has the advantage of being one of the easiest web development frameworks to find developers for. Laravel also contains built-in security features that help to keep business data safe right out of the box. All of those features add up to an ecosystem that is fast, flexible, and scalable. For businesses that are committed to PHP, Laravel can’t be beaten.

For non-programmers, it may be easy to read this overview and conclude that there’s no wrong choice here. In many respects, that’s true, but as with most business decisions, the devil is in the details. From a business perspective, choosing a web development framework should be about priorities, plain and simple. For example, for businesses that value low barriers to entry and moderate scalability, Laravel may be the right choice. On the other hand, businesses that envision growth that could rival some of today’s largest internet platforms may choose to go with Django, so they’ll immediately be on par with today’s largest web properties. The important point is, having a basic understanding of your options facilitates an informed choice, and even when it comes to technical decisions, it’s worth taking the time to learn what you can. Hopefully, that’s what we’ve helped you, the reader, accomplish here. 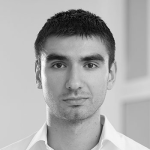