Ruby on Rails VS Node.js – Which One To Pick For Web Development? The Emergence and Popularity of Ruby on Rails

Ruby on Rails got its existence in August 2004 which is a server-side web app framework written in Ruby. Rails is an MVC (Model View Controller) framework that offers default structure for any database, web pages and web service. Ruby on Rails framework encourages efficient code writing and minimize the overall app development time. Due to its time management feature, Ruby on Rails is so popular amongst all the developers.

Advantages of Using Ruby on Rails

It Has an Open-Source Framework

This is probably one of the major reasons for which developers are using Ruby on Rails. The open-source web development tools will not require a single penny to run on Linux. Also, some of the known formats are responsible for making things simpler from the developer’s point-of-view that makes it more cost-effective to use in the development process.

While using Ruby on Rails, you will not have to spend a lot of money on the framework as the framework is distributed under the MIT License. You will get in-built features in the framework and developers can use them without starting everything from scratch. This will save time as well as the efforts of developers while web development.

ROR provides faster web development as the platform Rails makes the fastest transition time in between the development and iteration of functional design. Ruby on Rails follows a convention over configuration process that helps developers to perform the development lifecycle very fast and keep the project short. A model view architecture consists of a web application in which there are interconnected layers. It helps in managing the business logic of any app and manipulates the data. The controller has the right to perform communication with models and views. Also, it gets a request from the browser and works with modules for processing it and provide instruction to the view on how the result should get displayed to the user in the right manner.

Ruby on Rails is a framework that is based on Ruby and also it makes use of various common languages in the back-end process. It makes use of some popular languages like JavaScript, HTML and CSS. The ability to perform on multiple web formats without any failure makes ROR the most useful framework for web development.

Drawbacks of Using Ruby on Rails

Its Runtime Speed and Performance Are Not Very Strong

The major drawback of Ruby on Rails is its slow runtime speed that makes the RoR app scale low. Most of the time the performance issues that Ruby on Rails faces are due to the linking of server or database architecture. This makes the developer struggle more while web development.

It Has a Lack of Flexibility

It is an opinion-oriented framework that has immense of dependencies and modules that are included in it. Developers must first configure the routing and database migrations and other modules if required in the framework.

Ruby on Rails is present in the market for a couple of years and this is the reason that it is a less popular framework.

Wrong Decisions During Development May Have High Cost

If you are not much aware of the technical aspects of Ruby on Rails then it can cost you more for the project. You must be aware of the architecture and design of the framework for avoiding any wrong decision or wrong step while working on the web development project.

Famous Brands Making Use of Ruby on Rails

Node.JS Existence and Its Popularity in the Market

Node.js got its existence in May 2009 which is an open-source, cross-platform JavaScript runtime environment that helps in executing the code outside the web browser. Node.js allows developers to make use of JavaScript for writing command-line tools and for the need of server-side scripting for running scripts on the server-side for producing dynamic web page content before the page is sent to the web browser of users. You can opt for Node.js development services if you are in the need to build dynamic web page content.

Node.js is the most scalable platform when it comes to web development. It is the best choice of startups who are thinking to create an app for representing their business on the online platforms. Also, it offers a real-time response that will help to scale up your app making it lightweight and fast.

Node.js uses JavaScript which is the widely used programming language and developers have good command over it. This makes Node.js a simple to learn the framework for the need of web development in less time.

Used as a Single Programming Language

It offers the benefit of writing server-side apps in JavaScript. So the developers hold good command in writing front-end and back-end both web applications in JavaScript with the use of a runtime environment. Node.js is famous for serving client and server-side both application and is famous for its full-stack JavaScript feature. You don’t need to hire two developers for working on the back-end and front-end. This way, you can save a lot of time and money.

Node.js can interpret JavaScript code using Google’s V8 JavaScript engine. The compilation process for the JavaScript code is performed by the engine directly into the code of the machine. All these make it to implement the whole code in a more efficient and faster manner.

Things To Keep in Mind While Using node.js

API Is Not Stable

One of the biggest things that you need to keep in mind while using Node.js is that the API of Node.js constantly keeps on changing. It does not remain stable and come up every time with a lot of incompatible changes.

No Support From the Library System

Node.js does not consists of a well-equipped library system as compared to other programming languages. This adds difficulty for developers while working on the web development process.

If you are aiming to make your application successful as well as stable then the most important thing that is required is the asynchronous programming model. Most of the developers do not find it difficult or complex as compared to any other linear programming.

Node.js is inefficient is managing CPU-intensive tasks as when you are launching a Node process then at that time you might be running a single process using a single thread and that too on a single core. That’s why the code will not get executed in parallel as only the I/O operations will become parallel as they are being executed asynchronously. Running long CPU tasks will probably block the server and that’s why it is not recommended.

As Node.js has a complex coding structure, it becomes a little difficult for developers to code and the whole web development process becomes complex. This takes so much of time and provides less speed for coding.

Full Comparison of Ruby on Rails and node.js

The choice of technology for the need of web development always requires to start with knowing your project requirements. Whether it is Ruby on Rails or Node.js, both have their pros and cons and the one that fits into your needs will be your choice of technology. We had tried to explain everything in brief about Ruby on Rails and Node.js so that it will be easier for you to make one selection. 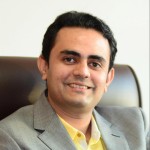