VoIP Session Border Controller a Must For VoIP Service Providers VoIP service providers interface with bulk telecom carriers on one side and with their wholesale and retail customers on the other. A typical setup includes class 4/5 Softswitch at the core with the session border controller as the outlier to provide security and other important functions. The SBC solution may be hardware-based but in today’s environment, software SBC is the preferred way to go since older hardware cannot be upgraded and may not be able to handle the volume of traffic or VoLTE or the emerging 5G technologies. Even within the software category of SBC solutions, there are different flavors and how efficiently VoIP services work depends to a large extent on the technical features of the SBC and its implementation. For VoIP service providers the session border controller is an absolutely indispensable network element from various perspectives.

Capability to Handle All Media Protocols and Transcode Codecs

A call originator may use a specific codec whereas the receiver may not have that codec in use. SBC simply transcodes the codecs and facilitates connections otherwise calls do not connect.

This could be the most important reason for VoIP service providers to have a smart SBC at their network edge. VoIP traffic grows and as it grows hackers increase attacks. A typical attack such as DoS or DDos can cripple the service and simply make it impossible for calls to go through. It affects customers and the VoIP service provider’s reputation as well as revenues. There are other security aspects too such as attempts to tunnel in and steal data, spoofing, identity theft and listening in that compromise security of business conversations and networks in one way or another. The SBC stands guard and identifies as well as blocks any such attempts besides providing solid encryption for voice data packets. Now add mobile phones in the GSM and VoLTE segments to the mix and vulnerability increases were it not for the SBC. Huawei’s study shows that peak attack traffic is increasing at a rate of 50%. VoIP services need not just SBCs that can prevent attacks but an AI-powered SBC that learns from patterns and becomes smart enough to identify attempts long before they become a real threat.

Though not essential you can expect software-based SBCs to offer real-time monitoring of traffic, the capability to configure details and set permissions and to bill as well as accept payments. The analytics feature gives you a handle on all that is going on and lets VoIP service providers optimize operations. 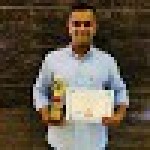