Examples Of The Future of 3D Printing No longer viewed purely as a method of prototyping in manufacturing, the capabilities of 3D printing in all sectors are being developed at a rapid pace and have resulted in an awakening to its universal capabilities.

Known as additive manufacturing, 3D printing’s ability to create precise and complex shapes, layer by layer, from Computer Aided Designs (CAD) files means it’s a technology that can be used across the board to transform business and consumer experiences.

The 3D part scanning services offer a fast and accurate way of digitizing physical objects for use in design, inspection, and visualization. From what we eat, what we wear, the components in our vehicles, and the medical innovations now available to us, it’s doubtless our lives will be affected by 3D printing in the future.  So, what can we expect to see in the coming years from 3D printing? We’ve looked at examples in different sectors to give you an idea of how the future could look…

One of the biggest impacts 3D printing has had is on the manufacturing industry. Although it is not dominating it, there has been a marked increase in its use, especially for creating prototypes.

Selective Laser Sintering (SLS), an additive manufacturing technique used in industrial 3D printing, is a popular means of producing rapid prototypes and parts, achieving results in just 24 hours. It’s thanks to this level of quick turnaround that businesses are opening their eyes to the possibilities of getting products to market more rapidly and increasing their competitiveness. As for the future, printer processes using Stereolithography are now able to produce highly detailed objects equal to the size of a human in just a matter of hours. This ability to produce larger objects in a much faster period of time is just one indicator of future advancements in 3D printing manufacturing.

Another area where 3D printing is having an impact is food. Again, using information from a digital file, layer-by-layer edible creations are made. However, instead of using plastic or powder, food paste ingredients are loaded into a syringe extruder to produce dishes such as pasta, chocolate, and pancakes. In the future, expect to be looking for a place on the counter for your 3D food printing machine next to your kettle and toaster.

Food waste management continues to be an important global issue, but with 3D printing that could also see a transformation. For instance, Upprinting Food, founded by students Elzelinde van Doleweerd and Vita Broeken uses a 3D printer to create meals and dishes from food that has been thrown away, yet is still edible. Using pulp inserted into a syringe a small needle creates the layers. In a slightly different direction, Canadian startup founder Luna Yu has been working on a project that turns food waste into biodegradable plastics using 3D printing to create components and toys.

Healthcare and pharmaceutical sectors are perhaps the most well-known areas where 3D printing has made its mark, thanks to the positive life-changing impacts it has made. Developments in recreating the function of organs, producing working human limbs and the production of medical tools and apparatus are all underway in the medical field, with more to come.

When it comes to recreating organs, it’s possible that using human tissue structures, experts could produce structures that mimic the function of an organ in the future, and in some cases, this could replace the need for a conventional organ transplant. In this scenario, the tissue would be taken from a patient to form a 3D shape using a bioprinter, limiting the chances of the body rejecting it. With the low availability of organs, this development could significantly reduce waiting times for operations.

3D printing in dentistry has been around for some time, yet still, advances are being made to harness the technology further. Researchers are looking at battery-powered LED braces to align teeth together faster than conventional braces. The energy from the invisible light helps teeth align more quickly. Also, tailored dental designs such as crowns and implants can be made more expediently as they can be easily tweaked using 3D printing, instead of having to repeat the design process from scratch in the event of an error.

Complex surgery, for example, heart and facial procedures or the removal of organs, are time-consuming operations. With the help of 3D printed models of a patient’s anatomy, ahead of surgery, rehearsals using these models help decrease this time and can also help the patient’s family and friends gain a better understanding of the procedure. At the moment, researchers are looking more at the capabilities of bioprinting and using it to reproduce human tissue. This could have a huge influence on transplant and cosmetic surgeries, not to mention medical research.

The world of fashion cannot be omitted from the 3D printing revolution, with the customization of clothing, design creativity, and sustainability all benefiting.

One: Greater customization of apparel is much more achievable with 3D printing. Some of the main reasons clothing items are returned to retailers are down to incorrect sizes and damaged products. However, the rate of these returns could be reduced considerably thanks to customizable clothing made with the precision of 3D printing.

Two: Sustainability in fashion continues to be an area of great innovation and 3D printing could be the technology that enhances it further. Not only can 3D printers utilize biodegradable plastics which can be reused, but the logistics and processes involved with clothing production today would be radically changed if customers were able to print their items locally from the cloud. On top of this, new lines could be introduced faster and delivery costs could be a thing of the past.

Art is no stranger to 3D printing technology either, with many in the contemporary art world embracing this new creative tool. Today, both new and experienced artists are using 3D printed technology to build and augment their artistic creations. Famed for his nineties kinetic sculptures made from pipes, recycled bottles, and ties, Theo Jansen’s Strandbeests are well known for being exhibited on beaches across the world, as opposed to traditional art galleries. Keeping up with the times, he recently made his creations available for people to buy as 3D printed versions.

In another example of 3D printed art, bio-artist, Amy Karle produced a hand-shaped biodegradable hydrogel scaffold that gradually disintegrates into the bone. With these pioneering artists making waves, it’s expected we will see more diverse use of materials such as concrete and even molecules used in 3D printed art.

With the ability to construct complex shapes, reductions in cost and time, fewer accidents, and less waste, 3D printing in the construction industry have already proved its merit. Arguably the least digitalized of all sectors, construction is ripe for embracing more additive manufacturing techniques in the coming years.

The Italian company, WASP aims to build more sustainable housing powered by locally sourced renewable energy, through the use of 3D printing and has created one of the world’s biggest 3D printers as a result. This allows locations where there is no electricity to create their own environmentally sound houses with the resources available to them.

As a glimpse into what could be possible, NASA ran a competition named the ‘3D Printed Habitat Challenge’ a project to build a 3D printed habitation for use during deep space exploration, to help improve the design behind sustainable housing solutions for life on Earth and further afield. Although its viability has not yet been proven, it is a sign of movement in construction.

Lastly, it’s impossible not to talk about the automotive sector when it comes to examples of 3D printing beyond 2021. The automotive field has been a huge adopter of 3D printing technology, particularly for prototyping parts and components. Alongside this, it is predicted that more customizable components will be made via 3D printing and in smaller quantities. It is also expected that there will be a rise in micro-factories making custom parts with 3D printing, signaling a possible step away from conventional mass manufacturing.

Smaller manufacturers are also set to benefit thanks to both 3D printing and the popularity of electric-powered vehicles. An example of this is the low-speed Yoyo made by an Italian company, XEV.  The micro-sized, highly customizable electric vehicle is designed for urban journeys and will be produced in just three days using 3D printing. 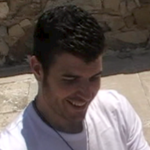