What Can Microsoft Excel Do That Google Sheets Cannot Spreadsheet programs are perhaps the most crucial computer software program used at work today. From accountants and financial managers to engineers and scientists, spreadsheet programs are used in almost every profession that records and analyzes data. Therefore, learning to use these platforms to their full potential is something of a necessity in the modern workplace.

In general, there are two spreadsheet programs that dominate the market today –Microsoft Excel and Google Sheets. Although statistics about spreadsheet usage are hard to come by, it is quite evident that Microsoft Excel still leads in market share over Google Sheets and other spreadsheet programs in the market. Microsoft claims that their Office package has no less than 1.2 billion users, two-thirds or 643 million of which are estimated to be users of Excel, according to Jennifer Bryan, a data scientist at the University of British Columbia.

Likewise, statistics about Google Sheets usage is also not exact, though, in February 2019, Google announced that G Suite now has five million paying customers.  These accounts have a number of users – ranging from 1-2 users in a small business to hundreds of thousands in multinational enterprises. Therefore, behind the five million G Suite customer number, the number of Sheets users can reach tens of millions, perhaps as much as 100 million.

This estimate does not include the G Suite for Education, which, according to their 2017 report, has a user base of 70 million. It’s also safe to assume that as many users are using the free non-education version. With a good amount of guesswork, it can be estimated that Google Suite has around 300 million users. Applying Jennifer Bryan’s 2/3 estimate here would give use around 200 million Google Sheets users – less than a third of Excel’s customer base.

Countless published papers and online articles support the idea that there is a clear demographical discrepancy between Microsoft Excel and Google Sheets. The latter, in particular, is said to be more popular with the younger generation who grew up in the age of real-time collaboration powered by cloud technology.

Microsoft Excel, on the other hand, is more likely to be used in a professional workplace where its capabilities are crucial in areas such as data organization, accounting, and finance, graphing, and programming, among others.

Aside from demographics, other differences between the two include the price, real-time collaboration, statistical analysis and visualization, and ease of use.

With this comparison, it is fairly obvious that Google Sheets is rapidly catching up with Microsoft Excel. Its ease of use, simple collaboration capability, and cloud storage capacity have made it on par with the functionalities of Excel. However, despite these advancements, there are still some aspects where Microsoft’s spreadsheet program remains superior.

For people who have been relying on Microsoft Excel for years now, the advantage that they get with the program is the Visual Basic for Applications, known as VBA. Excel VBA is Microsoft’s programming language for all its Office programs, essentially allowing these applications to ‘communicate’ with each other based on events or actions that take place within those programs. VBA also allows creating custom calculations that are easily reused in all parts of an Excel workbook or automating manual tasks within one or more workbooks or spreadsheets.

Using VBA requires programming skills and not for the casual, non-technical Excel users. However, it is a highly crucial tool for users in the field of business, engineering, and science as it allows them to type commands into an editing module, which then creates a macro. Macros then allow the user to automatically generate customized reports, charts and perform a plethora of data processing functions. Overall, this feature help simplifies a rather complex task of coordinating data across separate platforms. In a busy workplace environment, a correctly written piece of VBA code can accomplish mundane repetitive tasks with just a few clicks.

If you want to learn more about VBA and other features that make Microsoft Excel superior to Google Sheets, check out this detailed infographic from Landau Consulting. 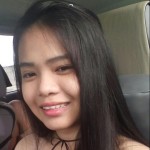 The Case for Outsourcing SEO Services: Should You Prioritize It This Year?