Your business is probably doing social media wrong. It’s a sad but true fact you have come to accept. Your follower base is smaller than expected, and half of them don’t pay attention to your posts. Let’s take a look at what bad habits you are practicing now, and tips to improve your company’s social media standing.

There are very few industries where not having a blog makes sense. Chances are, there is something you can blog about. For example, you can show your expertise by writing blog posts about news in the industry, or your company’s opinion on how the news affects your company or your niche at large. As an added bonus, with regular updates, your website won’t look abandoned. The more you blog, the more content your readers will see, also adding brand recognition.

Your company has a blog, but the dates show you post maybe once a month at best. The University of Alabama at Birmingham Collat School of Business cites business owners being too busy as one of the top reasons they don’t use social media. They are also too worried about managing social media will consume all their time. But not engaging means losing out on a large slice of delicious audience pie. Some 65 percent of adults had a social media account as of last year; about 90 percent of young adults ages 18-29 had at least an account on one platform. Meanwhile, 91 percent of retail brands have a social media presence on two or more platforms.

How, then, do you access such a large percentage of adults, increasing brand recognition but also generating goodwill for your company?

#3. Too many promotional posts

On the other end of the posting spectrum, you might be posting about your products too much – eroding the aforementioned goodwill. Pareto’s Principle of 80/20 comes into play here. For this context, it translates to 80 percent on your content is not promotional. Instead, it simply engages your audience, gets them talking and commenting, to get your brand name out. The other 20 percent can be promotional content – coupons, contests, and promoting a specific product go in this category of posts. Even so – don’t go for the hard sell. Instead, explain the newest technology behind your latest product, rather than just touting the product as the best thing since sliced bread.

You want to offer information of value to the internet at large, or at least post something interesting to your target audience, rather than promoting your latest product in every post. Moz calls this the “BuzzFeed Approach.” For example, Red Bull doesn’t just splash their energy drink across Facebook and Instagram in every post; their audience wants to see extreme sports, and in turn, Red Bull provides images and articles of snowboarders pulling off tricks and daredevils gliding inches away from a cliff in wingsuits.

Moz also studied what makes a post go viral: Something clickable, playable and sharable. Chances are, posting about your latest shoe design is none of those.

#4. Juggling all the social media platforms

Facebook, Twitter, Instagram, Pinterest, LinkedIn, Google+, SnapChat, Tumblr, Reddit – you are on all of them, and even some obscure social media platforms, or platforms that have fallen by the wayside. But, you are a smaller business, not Wal-Mart, and it’s starting to take up too much time – the exact fear from earlier. It’s time to focus on a few specific platforms and accept you don’t need to be on all the platforms at once. Focus and build your audience, rather than trying to cast far too wide of a net and only picking up a few followers here and there. Quality matters here, not quantity, which in turn increases the likelihood of posts being shared. With quantity, you have a higher follower count, but they may not care to share your post – especially as they might be an uncaring robot account. Having 100 followers who are actively interested in your social media content, liking, retweeting, sharing and commenting, is better than 800 accounts seeing the content and doing nothing with it.

#5. Posting at the wrong time

According to social media guru Neil Patel, there are specific times for specific platforms when you should post your content, giving that focus a bigger audience. He found that Fortune 500 companies that posted videos on Instagram during working hours saw an average of 22.5 per 1000 followers interacting with the videos. But during off-hours, that jumped to 33.4.

Unsurprisingly, more people are on social media when they are home than when at work. Conversely, on Pinterest, the best time to post a fashion pin is 3 p.m. on Fridays – just before people start heading off for the weekend, and possibly right before they are able to spend their paycheck.

Patel himself saw a 39 percent increase in traffic to his website when he targeted those peak times to post on his social media. The other tips mostly dealt with quality, but once you a worthy post, sending it out at the right times can get you quantity while maintaining quality. Programs like Buffer or Hootsuite allow you to set a specific time for the post to go live without having to worry about forgetting to post, or being away from your computer.

It should also be noted that Instagram changed their algorithm in March for how posts appear in the timeline. Instead of showing the newest post first, they are mimicking Facebook by serving posts based on interest. This could have an effect on posting time.

One of the great abilities to use Twitter is responding to customer complaints in real time. Rather than hiding and waiting for an email from an increasingly irate customer, you can directly interact with them to address the problem. This is an excellent goodwill generator; the faster their problem is solved, the happier the customer is with your company.

Follow these tips and your social media game will be strong. You’ll have quality posts, plenty of followers, and fans who eagerly await your next post (and don’t mind occasionally seeing your products promoted). They’ll be happy with fast customer service, recommending your company to their friends, starting the cycle anew.

Have you done something wrong on social media, but corrected the mistake and brought your company fame and fortune – or at least followers? Let us know in the comments below. 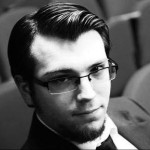