How to Stop Living Paycheck to Paycheck in the Gig Economy Yet the gig economy is inconsistent because during downturns you could lose your job at any time. That feast or famine cycle can become a big problem if you don’t know how to prepare for whatever comes at you.

The fact is that workers all around the US are setting themselves up for a big fall because of their lack of preparedness.

Here’s advice on how to stop living from paycheck to paycheck.

The Answer Comes in the Form of Cash Flow

It’s a fact that the biggest reason why businesses fail has nothing to do with profitability. Most companies fold because they can’t manage cash flow.

If your business fails it could be because your clients won’t pay you for 90 days. The same thing applies to your income. You must have a positive cash flow.

This is why 78% of American workers live paycheck to paycheck, and the number is rising.

So, what’s the answer?

Implementing spending tracking diligently will solve a lot of the situations where people find that at the end of the month, they’re struggling to put food on the table.

Tracking spending can be done in a variety of ways. A simple Excel spreadsheet is more than enough for most people, but there are apps like Mint and Albert that will centralize all your incomings and outgoings.

You should know where every cent is going.

Debt is the Big Killer

If an independent consultant has household expenses of $2,000 per month and they pulled in $2,500 this month you may think that everything is fine and well.

But the average American has more than $8,000 in credit card debt. So that additional $500 is lost to credit card payments and particular interest.

This begins a cycle of debt, where you must borrow to pay off older debts. Eventually, it’s only going to lead to bankruptcy.

Eliminating debt is the key to removing your dependence on the paycheck to paycheck living.

Focus on an aggressive strategy to reduce and eliminate debt. It could mean eliminating luxuries for a few months or simply increasing your income.

The former tends to be easier to accomplish. Avoid borrowing further amounts of money, unless you experience an emergency. The quicker you pay off your debts the quicker you can stop living paycheck to paycheck.

Defeating the Feast or Famine Cycle Through Saving

The reality of freelancing is that sometimes you’re going to experience downturns in your business. It’s impossible to avoid this because it isn’t necessarily in your control. Wider market forces will influence how much work you have available.

And that’s the life every freelancer chooses. The difference is that successful workers can deal with these downturns without any fears because they have money behind them.

The way to do this is to save.

Saving money should be the cornerstone of your financial strategy. The gig economy is seasonal in that you will have a few months of the year where you work hard and make huge profits.

The problem is that so many people will celebrate by buying a new car, renovating their home, or going on an expensive vacation.

Smart freelancers don’t do this. They save their money and build up a big savings pot.

How Much Should You Save to Avoid Living Paycheck to Paycheck?

Salaried workers can afford to save less than those in the gig economy. The general rule is that you should have six months of living expenses in the bank.

However, you should have a lot more than this. Freelancers should be looking to have at least 12 months of living expenses. It’s long enough to cover the loss of a major client or a transition into conventional employment if you so choose.

But there’s really nothing hard and fast when it comes to this.

You should try to save as much as you possibly can. The more you have the better. Nobody is going to support you in your field if something goes wrong. You don’t have the same benefits as a salaried worker.

You get a lot of people in the gig economy who do manage their money well, yet they continue to live paycheck to paycheck. Why is that?

The answer is in the big expenses. It could be a new kitchen, repairs for the car, or a major medical emergency.

You can’t completely negate the possibility of a sudden big expense. Before you pay for one of those big expenses, go through the motions of considering whether you truly need them.

Will a new car improve your family’s quality of life? Does your kitchen really need a trendy new design?

This may sound like a simple piece of advice, but so many otherwise reasonable people follow through on these big expenses. Don’t fall into that trap.

Always Focus on Improving Your Income

We’ve talked about how you can reduce expenses and make savings, but there’s another side to this. To avoid living paycheck to paycheck you need to constantly look at how you can increase your business’s income.

Look at how you can bring in more lucrative clients or branch out into another niche that could deliver bigger payouts.

This is important because sooner or later your expenses are going to rise. You may decide that you want to have children one day, or you might decide to move to a higher income part of the country.

Have a strategy in place for boosting your income.

A Word on Keeping Work Moving

Finally, you should be looking for work even when you have work. You never know when a client might decide they don’t need your services anymore.

Workers in the gig economy who are always looking for work can simply switch to other clients, thus preventing a crisis in their finances.

It might seem like you’re spending a lot of time searching for additional work, but when you do move from one job to another, you’ll be happy you did it.

Living paycheck to paycheck is never a good idea because sooner or later debt and adverse market forces are going to catch up to you.

Work on creating a fund that can support you from behind so you can weather any storm. Just because things are going well now doesn’t mean they will six months from now.

Are you currently living paycheck to paycheck? 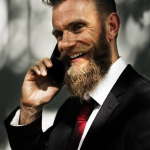