How to Securely Manage Who Enters Your Commercial Premises

Robust security starts on the outside. In simple terms, the more effectively you can manage who enters your commercial premises, the less hassle you are likely to have inside them.

With that in mind, here are some tips on how to manage who enters your commercial premises.

This may sound like a new concept, but it’s basically just boosting the standard concept of a risk assessment. The basic idea is that you do a full risk assessment of your premises, including the exterior and approach (regardless of whether or not you actually own it).

You then research the most common/dangerous threats in your specific location and use this to prioritize any improvements you need to make.

Commit to Undertaking Regular Checks of Your Property

Depending on your point of view, this is either part two of the previous heading or a separate issue. Either way, it’s important. Security equipment can and does get damaged, sometimes by the climate, electrical defect, sometimes by wildlife or by genuine accident and sometimes on purpose by would-be intruders (who may disguise their actions as an accident).

When security equipment is damaged, your security is compromised and you need to take action immediately.

What this will mean in practice will depend on the nature of your premises. For example, if you’re located in an out-of-town industrial park then you might be able to put up really strong deterrents such as fences and automated barriers.

Solutions such as rising-arm barriers, sliding gates, and turnstiles can be squeezed in even when space is tight. If however, you’re on a major shopping street, then fencing and barriers are unlikely to be an option but you could probably still use metal security doors and shutters.

Wherever you are, remember that adequate lighting is a must. If you want to keep costs down while maintaining both health-and-safety and security, then use motion-sensitive lighting. This can actually be an additional deterrent to intruders as it almost functions as an alarm.

It has to be said that your first line of defense is to make sure that your doors and windows themselves are of a decent standard.

In other words, you shouldn’t be able to open them with just a boot or a crowbar or by throwing something at them. As previously mentioned, you can add extra security to doors and windows by using metal shutters, but these are only practical out of hours.

During office hours, you usually want doors and windows to stay closed as much as possible, even if they are used by the public.

In principle, you can simply ask humans to do this. In practice, it may be easier to ensure that it happens through the hinges on doors and by locking windows so that employees can only open them part-way (and also only inwards or outwards rather than upwards).

Again, this is also useful for keeping your staff safe.

Some commercial locations will have doors intended for public access and these may need to be kept unlocked, at least some of the time.

You can, however, set up a motion sensor to alert whenever the door is opened to ensure that the fact is drawn to the attention of a human member of staff.

By contrast, doors that are intended only for staff/authorized visitors usually can and usually should be kept locked (rather than just shut) unless someone is actually going through them.

In principle, you can still lock doors the old-fashioned way i.e. with a physical key. In practice, unless there are only one or two people who use the door, this is likely to be a whole lot more hassle than it’s worth.

If there are only a few people who use the door, then a PIN-entry system could be an option. In fact, these are now priced at a level where they might be a feasible option even for one or two people.

Once you go above this, however, then fob/card access is usually the only pragmatic option.

These days, it’s frankly very debatable whether or not alarms on their own are a great deal of use.

First of all, you have to rely on someone not just hearing them but reporting them (or the police just happening to be nearby when they go off) and then you have to hope that the police not only respond (which is not at all guaranteed) but that they respond quickly enough to catch any intruders (which is definitely not guaranteed).

Basically, the real value of an alarm is often the fact that it can put intruders under a bit of stress and stop them from thinking properly.

Likewise, it’s debatable how much use CCTV is on its own. Frankly, there is so much of it these days, which even the average person in the street is aware of it and it’s probably safe to assume criminals are and that hence they will take steps to protect themselves, especially covering their faces. You may get lucky, but luck is not a strategy.

Monitored alarms plus monitored CCTV are, however, another matter. A control room will be alerted as soon as an alarm goes off and can check CCTV right away and, if necessary, alert the police so that they arrive when the intruders are still on the premises.

Please note, however, that there are two key points to remember for CCTV to be both effective and legal.

The first is that there needs to be adequate lighting, especially at night (and in poor weather). The second is that a person’s likeness is considered to be personal information under law and hence has to be protected appropriately. 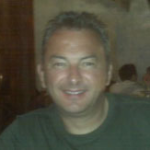