Picture this: you’re racing to the finish line of your latest project for a prominent client. A co-worker drops by your desk to say ‘hi’ before launching into an exhaustive chronicle of his weekend. That college mug next to your desktop now stares at you and begs for a much-needed coffee break. You’re finally all alone during lunch break, but the deafening silence your workspace disrupts your momentum the same.

The best remedy for overcoming distraction while improving concentration at work is a good pair of wireless, noise-canceling earbuds, and the right choice of music. Music is a tried-and-true prescription that boosts productivity levels, eliminates writer’s block, and enhances overall wellbeing and mental health. Those who listen to therapeutic music, mainly instrumentals or three-chord songs, tend to perform better and faster on their work tasks compared to those who prefer to work in silence.

Sure, you can also pump up some Beyonce, Dua Lipa, or Post Malone while delivering client work. Nonetheless, research shows that ‘sedative’ music can improve your overall cognitive functioning than those who listen to lyrical songs. A better alternative to Spotify’s Deep Focus selection would be a continuous stream of generative music that follows your mood, time of day, and even tasks at hand.

Sounds intelligent? Well, it sure is.

AI-generated music is an endless score of mostly ambient track that continually morphs into different aural terrains instead of repeating itself. The latest generative or “mood” music apps use the technological wizardry of algorithms to write music in real-time based on ready-made compositions. The music is malleable following the users’ environment, either physical or even physiological.

These apps are smart enough to capture your mood or state while you’re in work mode and play an appropriate track accordingly. In short, they create the illusion of your smartphone writing the songs, especially for you on autopilot. Here are three brilliant examples that will provide compelling background music that helps you concentrate on any work task and level-up your overall productivity:

Endel is hands down the most personalized generative music app to date. It takes in data inputs from your location, time of day, weather conditions, and even your heart rate (with the integration of the Health app on iOS). The ambient soundscape is generally ethereal, atmospheric, and minimalistic at best. There are a few modes you can choose from, such as ‘focus’ that helps improve concentration and ‘on-the-go’ that adapts to your tempo when you’re out and about.

Part of the app’s magic is its capacity to track your potential circadian rhythm as you work throughout the different hours of the day. While on focus mode, for example, the morning energy surge exudes calming echoes of synth-filled music that gradually changes tune as midday hits while your energy dips. Though the music is far from upbeat, it certainly helps you zone out the distraction and noise from your surroundings.

Another plus point of Endel is its sleek black-and-white UI design with a corresponding background art. You can tap on the animated grid lines on the screen and create a complementary layer of sweet tinkling sounds of the music box or even harpsichord. Now that’s something to look forward to during break time.

If the soothing echoes of ambient music aren’t your cup of tea or you may want something more upbeat to focus on your work, then Mubert is the answer. This app houses up to 30 different music genres that include chill, house, techno, hip-hop, and even good old ambient. There are specific activities for you to choose from—like ‘work’ and ‘study’— that produces music that is suitable for listening during crunch time.

According to Mubert’s founder Alexey Kochetkov, each category generates continuous waves of music at random tempo and scale yet customizable according to your taste. Its algorithm is dependent on the user’s control of likes and dislikes, much like Spotify’s. While it isn’t in the same vein as the environmentally-adaptable Endel, Mubert scores with its wide variety of music offerings to keep you interested and occupied. There are also ‘dream’ and ‘high’ modes for recreational chillout days, by the way.

Another positive feature is the psychedelic and at times kaleidoscopic collection of abstract art as part of its UI background, which go hand-in-hand with the music generated. This app is highly recommended for those of you who primarily work in the creative environment as those seamless, never-ending beats can help manifest the genius in you.

Cove differs from Endel and Mubert in its mission to turn anyone into a digital composer in no time. It allows you to compose the soundtrack of your life by using a set of ready-made soundscapes. Cove is explicitly designed for improving mental health and supported by health organizations such as the UK’s National Health Service (NHS). The app enables you to track and capture your mood of the day— ranging from vulnerable to content— and express certain complex emotions through its simple music production technology. Think journaling through music instead of written words.

Now how does this app relates to productivity? Work efficiency isn’t necessarily grounded in the 24/7 hamster wheel of life. Work-life balance is necessary for anyone to perform better and even thrive in the working scene. Cove allows you to relieve the pressure of completing that major undertaking by offering you a chance to explore your creativity.

You can create tracks by scrolling the adorably minimalist interface and sampling with a variety of instruments such as old pipes, rain machines, and clear bells along with melodies composed out of cute chimes, electric choir, and even sharp plastic. Cove’s continuity is essentially your compositions on loop instead of a seamless stream based on algorithms. It’s visual and fun and playing self-made composers before work might just be what you need for your mind to stay focused.

Original generative music is undoubtedly the answer to productivity challenges in the workplace. These apps provide music solutions through unlimited, highly personalized playlists that work around the clock. Your only job now is only to get stuff done. And you don’t even have to change the tracks. 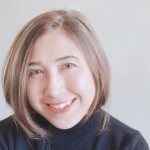