How Dangerous Is Workaholism and How Does It Affect Your Work Efficiency? The term “workaholism” was first used to describe the need for a permanent job. It is important to note that the term “workaholic” is not just a person who works a lot, but someone who suffers from this condition.

Despite the fact that the concept of workaholism is recognized in society and is widely used in popular culture, the forty-year history of research being done on this issue has not yet led to the inclusion of workaholism in the list of diseases or mental disorders. And this, in turn, means only one thing – the disorder does not exist, although we all understand that it nevertheless is quite real.

Work dependence can be a real problem, interfering with the normal functioning of a person and his relationship with others. Interestingly, the term “workaholic” was coined by analogy with the term “alcoholic” – just to emphasize the absolute and pernicious hobby for something. Workaholism: Symptoms and Treatment

As in the case of other addictions, dependence on work is associated with coercion, and not with a healthy sense of satisfaction from completed tasks, which is typical of people who are used to do their best in work. In fact, workaholics may be dissatisfied with their work or their position in the company, they may be extremely worried about their work, or may not find the strength to do something related to their job.

But at the same time, they work and work, work and work, without particularly thinking about whether it is time for them to take a vacation or, say, to change the field of activity altogether.

People who work too much are at the high risk of developing atrial fibrillation, which, in turn, can provoke a stroke, heart failure, and dementia in the long run, according to University College London scientists led by Professor Mika Kivimaki.

These symptoms have a lot in common with the symptoms of other addictions, including alcohol and drugs. In other words, when one suffers from workaholism, a person’s job starts to play the main role in their life and completely overshadows everything, including hobbies and relationships.

What if you suspect yourself of being a workaholic? To begin treatment, psychologists advise taking a break from work in order to assess your own state and understand exactly how you feel without your job. If at this time you do not leave the thoughts in the spirit: “How is my office going to manage without me?”, Or if you clearly realize that work helps you to forget about problems and just go with the flow – you should probably turn to a specialist for help. At the very least, it makes sense to share your thoughts with a therapist.

So How Much Should We Work to Be More Productive?

Despite the fact that there are a lot of studies which have demonstrated the benefits of a shorter working week, employers are still skeptical about the idea of shortening the working week to four days. What makes an experiment of Perpetual Guardian company different from other experiments is that although the employees worked only four days a week, they received wages for five. Obviously, this is why productivity has not only not decreased, but even become higher than before.

In March and April, Perpetual Guardian provided each of its 240 employees with an extra paid weekly holiday to see how this would affect their business. Independent surveys conducted by scientists from Auckland University of Technology showed that staff’s stress level dropped from 45% to 38% during this time, while the balance between work and personal life began to be to optimal (from 54% to 78%).

Of course, such results are quite predictable: if you keep peoples salary the same but provide an additional day off, they obviously will feel better psychologically. But researchers were really surprised by how the approach affected the productivity of employees and the profitability of the business – all of them improved.

“The company’s activity over the past two months has remained as high as before, – says the head of Perpetual Guardian Andrew Barnes. Work efficiency has not decreased, but the survey data showed that in most departments, there was a slight, but still, improvement of work efficiency.”

“Employees began to actively participate in the company’s life, plus they were more satisfied with their work and the results of the experiment”,- adds Andrew Barnes. He said that all these factors helped to make the only right decision in this case – try to make the four-day work week standard.

How to Improve Work Efficiency?

Sometimes it may seem that the more we try to do in one day, the less we end up doing. And new research confirms that in such situations people usually don’t think that way. But in order to be more productive, we really need to be less busy.

During the study, according to Science Alert, it was found that too many deadlines associated with meetings, texts, reports, and projects, make our time management less effective. According to scientists, this is because people whose work day is overloaded with tasks tend to think that they have less time on the to-do list than they actually have.

Observations have shown that in the case of being overloaded with tasks, people more often put off something large-scale at a later date, preferring to do something more simple – to make a work call, answer an e-mail, write a small text. Often, the participants in the experiment said if they had many large tasks on the list, they put them off until the last minute and instead concentrated on simple tasks.

So, how to avoid it? You need to take a more realistic approach to draw up lists, leaving a little extra time, which may be required in order to complete serious tasks. Secondly, it is sometimes more sensible not to mix tasks of different types, performing several large-scale tasks in one day, and setting all the small ones for another. Try it – you may be surprised by your improved efficiency.

This may seem counterproductive, but in fact, short breaks only increase productivity. The secret is that they can reduce the level of stress that you experience while performing a responsible task, and at the same time serve as an excellent “creative fuel”, which is especially important if your work involves creativity.

Another thing is that a break is important to spend with benefit. It can be a pleasant conversation, a short walk or reading an interesting article (although it is better to leave the computer) – whatever you like. The main thing is to understand that there is nothing bad in taking short breaks. Moreover, you need them in order to get not only an impressive result but also pleasure from your work. 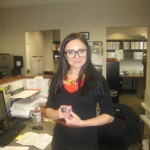