When Your IT Solution Goes Beyond ‘Out of Band’ In 2021, companies live and die by their ability to leverage information technology to sustain reliable networking capabilities. A hassle-free network is non-negotiable, especially where database driven enterprises are concerned. Add to that, large networks with multiple locations, and companies and government offices are at the mercy of the capabilities of their network systems. One glitch can mean a massive security breach or millions of dollars in lost revenue.

The IT field is exploding, but day to day troubleshooting tasks slow down an organization’s ability to grow and thrive in the face of its most misused resources, IT professionals.

Uplogix is a remotely deployed, independent intelligence that sits in every rack of equipment, automatically performing ongoing network health checks, and triaging and correcting problems before they ever effect a network’s front end, while freeing up IT professionals to focus on innovation.

We had a chance to sit down Lisa Frankovitch, the CEO of Uplogix, about how remote, out of band intelligence is creating next level enterprise IT networks.

Uplogix is the network management system used by several large government agencies, educational, and financial organizations. What exactly is Uplogix capable of doing for these enterprise networks that IT specialists cannot do?

Deploying network management automation like Uplogix in the network infrastructure stack – with devices like routers, switches, firewalls and more – frees network admins from routine initial troubleshooting and remediation tasks. It is not that IT specialists can’t do these tasks, but the fact that they have traditionally done them so much. One analyst estimate is that 70% of admin time is spent just trying to “keep the lights on” in an enterprise network. This means there is little time for innovation and downtime is a common occurrence.

Another benefit of automation is that Uplogix is saving admins 24×7, every day and on weekends and holidays. This reduces the 2 am calls and repetitive tasks that increase network support costs and decrease job satisfaction for highly trained network admins.

Uplogix is deployed remotely and fixes network issues in real time. How does it do this?

Uplogix was founded on the principle that traditional network management tools deployed in the network operations center (NOC) and using the network itself to manage the gear that creates the network is inherently flawed. These tools work when the network is functioning as intended, but when there are issues and the network is down or degraded, these NOC-based tools cannot even reach the gear they are trying to manage.

By upgrading an existing device called a console server with greater processing, storage and network management software, Uplogix took network management from the NOC and put it in the rack with the gear it is managing. By directly connecting to routers, switches, firewalls and more over the management or console port, just like an onsite network admin with a laptop, Uplogix can continuously monitor devices and take actions without relying on the in-band network itself. This is the out-of-band connection. Another benefit of this direct connection is that it takes the device management out-of-band, which is not only more secure, but also does not slow down the primary network with management traffic.

If the network is down or degraded, Uplogix can also launch a two-way secondary network connection over a phone line, cellular, fiber or satellite connection. This gives remote admins a secure connection to gear — potentially anywhere on the planet. This reduces travel time and speeds resolution of issues that require human intervention.

How can IT specialists best incorporate Uplogix into their management systems?

Traditional NOC-based tools are great at mapping all the devices that make up an enterprise network, assigning and tracking tasks for admins and much more. The challenge is tasks that are risky going across the network like some configuration changes that can result in “breaking” the network and discovering and triaging unexpected network issues. This is where having a direct connection to devices makes a huge difference.

Many network sites lack full-time network admins, and even those that do don’t expect them to continuously monitor every device. Putting Uplogix in the rack with network infrastructure ensures that each device is continuously monitored with runbook actions (the “playbook” network admins follow when there are issues) at the ready if needed, and available to access remotely over a secure out-of-band link.

Uplogix sits in every rack of equipment, running frequent network health checks. Can you please explain how this works and its advantage?

Continuous monitoring means that not only can Uplogix discover a problem before users complain that an application is down or “the Internet is slow,” but also when there are issues, Uplogix knows exactly where the issue is happening. Is the router in a ROMmon state where it lost its flash memory? Did someone misconfigure a switch or firewall? Or did a backhoe cut the fiber line in the office parking lot? For network admins, when there are network problems, half of the battle is knowing whose problem is it anyway. Uplogix can pinpoint the root cause of an issue from the outset, saving hours of troubleshooting effort.

For people who don’t know, can you share the difference between a human IT management team and software like Uplogix?

Uplogix is another tool in the toolbox for a network management team. It’s an  incredibly useful tool for proactive and persistent network-independent monitoring of network infrastructure. When there are issues, Uplogix takes the same initial runbook steps that an admin would, but with the benefit of never skipping steps or shortcutting security measures, which is common when humans respond to a situation.

In fact, 60% of outages are caused by human error. By standardizing responses through automation there is less error and it lets humans focus on more strategic initiatives – on what’s the most valuable use of their time.

Finally, humans can only be in one place at a time and generally do only one thing. With Uplogix deployed across a network, everything is always monitored automatically and humans can access gear anywhere as if they were onsite.

Lifecycle maintenance of IT infrastructure is critical for both operations and security. Uplogix stores device configurations, operating system, and update files locally and then can automatically push them directly to new or replacement gear when needed without sending a highly-trained admin onsite with a laptop to do the same thing. This lets network groups ensure that devices are always running current code which is a key component to maintaining network security.

Does Uplogix fall within the category of Artificial Intelligence?

Uplogix conducts automated and persistent monitoring of devices – capturing lots of data about devices and the network operations itself. Using a variety of direct device monitoring as well as active and passive service level verification testing of network performance informs automated actions. Uplogix takes data-driven runbook actions that begin with the least invasive measures and escalate until the issue is solved or kicked over to human admins.

Uplogix can work with ticketing systems to automatically initiate human responses and provide a record of what initial remediation steps have already occurred, so admins start with a clear picture of where the issue is and what needs to be done. The rich monitoring data can also feed into AI platforms for broader system and predictive analysis.

Uplogix deploys with preset automation rules for popular network devices and the Uplogix Control Center, a single-pane of glass for managing an entire Uplogix deployment, includes a rules-engine which makes it easy for admins to create their own rules for device management.

On average, how much time and revenue does Uplogix save companies and government entities who use it for their enterprise networks?

IDC estimates the average cost of downtime for organizations is $750,000 per incident. Every organization knows their cost for downtime, and for most, if not all, this cost rises every year as their network becomes more critical to their operations. Uplogix customers say that out-of-band management has allowed them to respond and recover 50% faster.

And it’s not just downtime – degraded networks have a cost as well. Think about users facing slow applications and its impact on productivity. With more apps moving to the cloud every day, users depend on the network to connect them to their work.

IT groups in many organizations inherit new responsibilities often, but rarely are able to shed old ones. They are always on the lookout for products like Uplogix that can help them work smarter not harder.

Our secret sauce is in our software, which we continue to innovate on a daily basis. We’re also continually growing our customer base and expanding across our customers’ networks. We’re looking forward to expanding our footprint across branch offices and data centers in multiple verticals from federal to healthcare and financial industries. And we continue to see growth in the extremely distributed networks in energy from acquisition and production to distribution. Networks are only becoming more important, and we’re excited to ensure they meet growing demands.

Learn more about Uplogix at uplogix.com 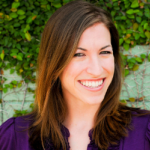