Why Outsourcing Hubs are Changing from Some Countries to Others

The global IT outsourcing marketplace is expected to reach the figure of $397.6 billion by 2027. IT outsourcing helps in catering to the world’s huge appetite for mobile apps, cloud-based applications, websites, software, and much more.

Outsourcing helps companies in developing high-quality IT products at affordable rates. The outsourcing trends are changing fast and so is the leadership in IT outsourcing from some countries to the other. There are various factors that are responsible for this phenomenon.

As the IT outsourcing market matures, the top offshoring countries like India are losing ground in terms of cost-effectiveness to challengers like Indonesia, Bangladesh, and the Philippines. It is plain logic –western nations outsourced IT work to India because it was cheap to do so, and now they are outsourcing to other nations because they are cheaper!

Although India still occupies a large chunk of the outsourcing, other countries are providing cheaper rates proving to be a lucrative option for western nations. Also, given the current economic environment, for some companies giving work in their own backyard proves to be a viable option as opposed to outsourcing.

The computing power has gone through the roof over the last two decades. It is possible now to automate rules-based, repetitive tasks and teach the robots to think like humans to some extent. These expanded computing capabilities are acting as the genesis for RPA (robotic process automation).

The outsourcing business is evolving and low-level repetitive jobs are replaced by automated bots. Even the best outsourcing companies are feeling the heat from the robots. RPA of robotic process automation entails deploying computer programs to automate repetitive tasks like data entry. RPA aids the company in achieving higher accuracy and helps in reducing the operating costs.

Companies are utilizing the power of Artificial Intelligence and Machine Learning to create automated solutions that replace the need for humans. This is acting as a major blow to the outsourcing countries as people used to outsource to these countries due to the availability of cheap labor. Now with RPA in place these companies can finish the low-level jobs using bots deployed in their own offices, thus eliminating the need for outsourcing.

According to the Global Outsourcing Survey conducted by Deloitte, more than 75% of respondents from major companies reported using automation for realizing their cost-savings targets.

A robot can cost 1/10th or 1/5th of the cost of an onshore full-time employee in locations like the U.S.A. The cost improvement comes from the fact that while an employee can work only for around 8-9 hrs a day, a robot can work 24 hrs a day without needing a break.

Around 20% of the respondents in the GOS survey conducted by Delloite had said that they wanted to reduce the transaction times.

The RPA process drastically improves the process quality through a robot-based end-to-end process. This is because the RPA reduces the need for human involvement, which is a major cause for inaccuracies creeping into the system.

While setting up complex ERP and BPMS systems can take time, it is easy to deploy a robot workforce. Also once in place, it is very easy to assign a new process to the robot workforce as compared to a human one. The increased speed of implementation helps RPA score over the human workforce.

The expansion scale is another major positive for the RPA. This is because once in place an RPA can be scheduled to run with as many robots as required. The flexibility and scalability of an RPA help it in scoring big over the human workforce.

RPA is taking away the major benefit of outsourcing, cheap labor. Being in a nascent stage, the technology is costly, meaning that only the companies from developed nations can afford to deploy it. Thus, RPA is shifting work back to the developed nations from the developing ones.

With the election of protectionist governments in huge IT markets like the US and the UK, it is becoming difficult for outsourcing companies to survive. Take the example of the USA, which is the largest IT market for many countries including India. The previous president Trump had put in place stringent H1B visa regulations to thwart the entry of Indian IT engineers in the US. This had resulted in major losses for both the US clients as well as their Indian offshore companies that couldn’t send their engineers onshore for development work.

The changes required include

According to the rating agency, ICRA the impact of the new H1B visa rules will be around 2.6-5.8% on the profitability of IT companies.

While India is still the leader of the pack, the following are the emerging outsourcing destinations across the world.

These countries are just starting in the outsourcing domain and hence have a low-cost advantage over India.

Another trend that is prominent in the IT world today is that many companies prefer to work with outsourcing partners based in the same time zone. This helps in getting work done fast. Emerging nearshoring countries are:

Change is the only constant –this old adage is proving true for the outsourcing business also. With the advent of automation technologies like RPA, the very nature of outsourcing is changing. Also, as new countries emerge on the outsourcing horizon, it is becoming difficult for established players to keep their cost-advantage intact. 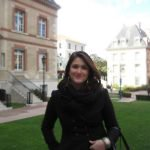