Factors That Motivates the Users to Download Mobile App The Google play store and the iOS app store is packed with millions of mobile applications. Each with some unique feature or the other. Newer versions of apps are released frequently with add-on features to sustain the user base. But what prompts users to turn towards mobile applications? Why would people be so heavily reliant on such apps? What are the factors that motivate a person to download a mobile app?

The first thing that pops in mind with these questions is that mobile applications have every utility to make life easier for users. It definitely can make daily routine and mundane tasks much easier to perform. Applications can execute many menial tasks with ease. But, this not the only reason which makes such applications attractive. There are multiple apps which are useful for different purposes. Each designed with a function to achieve the desired outcome. Due to this various Node, JS application development companies are in demand now There are dedicated applications which aid communication (like Whats app messenger, Skype, snap chat etc). On the other hand, there are travel apps like TripAdvisor which act as a travel guide. There are a host of different apps like financial applications, information and news apps, an app which supports online streaming videos and many more.

But shouldn’t the availability of these apps be a deterrent to new downloads? Why do users still look for new apps and upgrades to existing ones? What spurs consumer expectation and user behavior to consistently seek out better and improved mobile applications?

New applications seem more attractive. Launched with a new interface and improved functionalities can be enticing enough. But is this the only reason? Or does user popularity and notoriety also affect app downloads? Can user recommendations or in-app offers be the reason behind users installing mobile apps? Let us explore the different motivations.

The above factors significantly inspire user behavior. The app response and downloads are affected a lot by each of these aspects. If an app developer focuses on the needs of the audience and builds an app which offers innovative solutions, then it is bound to have a good number of downloads. So it is imperative that developers spend some research on figuring out the needs of users. This is paramount for a positive response as well for motivating users to download the mobile app.

on the phone while drinking coffee 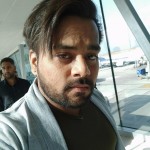 This Is Why Your Team Hates Your Project Management Tool

5 Questions to Ask Before Developing an App for Your Business