With the 2017 Apple Worldwide Developers Conference (WWDC), came the announcement of the latest version of iOS, iOS 11. 9 months have elapsed since the release of iOS 10, users are understandably interested in seeing what the new operating system has to offer. Apple CEO, Tim Cook unveiled a number of new features and improvements that will soon make an appearance on your mobile devices. Users can take a sneak peek of the public beta version later this month while developers can tinker with iOS 11 by downloading a preview on developer.apple.com now. For those uninterested in either of those two options, iOS 11 will be available in the fall first for iPhone 5s, and then subsequently for all iPad Airs, all iPad Pros, the iPad 5th generation, the iPad mini 2 and later, the iPod touch 6th generation. Here are 6 iOS 11 features that you can look forward to having soon.

Redesigned App Drawer On Messages – In iOS 11, the app drawer gets new life making it much easier for users to share content through the Messages app. iOS users are well aware of how burdensome it has been using the app drawer since it required multiple taps to get to your favorite sticker packs. Now, the redesign creates a horizontally scrollable app draw situated towards the bottom of the interface.

Message Sync – Apple has made it easier for users to sync their messages across multiple devices via iCloud. This means that by deleting a message on your iPhone’s messenger app, the message will also be deleted on your iPad and Mac as well. Since iCloud is in charge of syncing all of your messages, iOS 11 will keep only your most recent messages on the device. However, users are able to download older messages if they so, please. These improvements will allow iMessage to use a lot less storage space and will also make the backup process much faster. Of course, this feature enjoys end-to-end encryption.

Do Not Disturb While Driving – Using mobile devices while driving is a serious issue that is responsible for an increasing number of deaths on roadways. Whether texting or talking, using a mobile device while driving is a dangerous habit that needs to end. For this reason, Apple has stepped in to make it easier for users to put down devices while operating motor vehicles. Apple accomplishes this by allowing the iPhone to detect when the vehicle is in motion. When motion is detected, the device immediately quiets notifications thereby keeping the screen from lighting up. However, Apple won’t leave your contacts hanging. Users also have the option of creating an auto-reply message to blanked contacts listed in the user’s Favorites.

Improved Siri Search Results – iOS 11 brings improved search results from Siri to your device. One of the main improvements is the ability of Siri to translate in real time. This helps users to eliminate unnecessary steps and find what they are looking for more quickly. For example, a user can ask Siri, “Siri, how do you say ‘Can you direct me to the train station’ in German?”. Siri will accordingly furnish you with the appropriate question in German. Apart from German, Siri can currently perform this function in Chinese, French, Italian, and Spanish with more languages slated to be added in the not-too-distant future. Secondly, Siri herself has also undergone a few improvements. Users can now choose between male and female voices and voices are now made to sound “more natural and expressive”. Lastly, Siri will now be able to learn more about you in order to make suggestions to users while they use Mail, Message, and select other apps. For example, if a user is researching China, Siri will be able to suggest Shanghai when the user types “Sha”.

Updates to Camera/Photos/Videos – Apple is helping its users to take better photos and videos by making iOS able to support high-end video coding (HEVC). This means that although your device will support compression that is two times better than what you’re familiar with, video quality will not take a hit. In addition to this, Apple has made Live Photos editable so that users can trim video loops as they see fit. The Photos app also gets a boost using a new technology known as High-Efficiency Image File Format (HEIFF). This technology helps limit your storage needs by compressing photos taken with iPhone 7 and iPhone 7 Plus without compromising on quality.

Improved Control Center – iOS 11 brings with it an improved Control Center that both fits on one page and, thanks to 3D touch, is customizable. Deep presses on the music pane pull up controls for volume, playback among others. Similarly, a deep press on the Airplane Mode page will allow you to adjust Wi-Fi, Bluetooth, and Cellular Data. While some controls are the default and cannot be concealed, the user has the privilege to add and organize a number of other controls. Unfortunately, there is still no drag and drop capability, but there is enough improvement for the user to find satisfactory.

For the seasoned iOS user, this updated couldn’t come fast enough. For those who love discovering their devices’ new tricks, iOS 11 offers countless hours of discovery. It also offers lots of updates and refinements that users didn’t even know they needed. While these improvements aren’t all revolutionary, users will soon acknowledge their handiness. 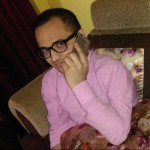