Does Google Assistant Help You in Using Third-Party Note Apps? Artificial Intelligence (AI) technology is evolving at a quick pace. As a result, we are now witnessing highly-evolving apps and software. One of the most popular forms of practical application of AI that we observe every day is Virtual Digital Assistant (VDA). Siri, Alexa, Cortana, and Google Assistant are some of the best-known virtual assistants that we use every day. These VDAs follow our voice or text inputs and complete all aspects related to a single task concurrently. According to Statista,  the number of active VDA users is going to surpass 1344 million in 2018. Many mobile app development services providers are now taking care of VDA requirements of businesses.

Can you use third party note apps with Google Assistant?

Are you wondering whether you will be able to use third-party note apps with Google Assistant? This demand had been doing rounds since last few months from other members of Google community as well. People want to use their favorite apps to create notes with the help of Google Assistant. Well, now it is possible to use third-party apps to create notes with Google Assistant. This feature was revealed in a recent announcement at Google I/O. There will be support for many third-party note-taking apps including Google Keep, Any.do, AnyList, Picnic and several others. The primary rationale behind enabling this feature is to facilitate the creation of lists through voice commands. Now the users can give a voice command for creation of a list, without specifying the app. Several mobile app development agencies are helping companies integrate this feature in their apps.

Last few updates from Google for Google Assistant have taken it much ahead of its competitors. This new feature is another step in that direction and is giving the power back to users.

One thing unique about Google is that it does not announce the date of launch of its new features. This feature already lives across most Android phones. Following are the steps to check if the feature is live on your Android device and if not, how to activate it.

You also have the option to select ‘None”, which will allow you to keep the list but not sync with other apps. Although this feature holds a lot of promise, it is still a work in progress. It might take a few months before things become clear.

What does future hold for Google Assistant?

Google Assistant is being regarded as the future of AI across the industry. The new features are contributing to its wide acceptability and rising popularity. Google plans to enable the Google Assistant to help save the time of the users by handling several tasks together. Several other exciting features have become very popular in Google Assistant, such as: –

The new feature of supporting third-party note apps is opening up new possibilities for Mobile app development solution providers. These companies are now developing new note-taking apps that are compatible with Google Assistant. Many businesses are enlisting their services to either create new note apps or upgrade their existing apps. Google is also introducing new functionality to the Google Assistant on a regular basis. It will enable developers to create feature-rich apps. There will be the introduction of new features in Google Assistant to take its functionality up.

Are you running a business and want to develop a new mobile app which is compatible with Google Assistant? Then this is the best time to do so. Google Assistant is evolving and rising in popularity. You can enlist the services of enterprise mobility solution providers and take advantage of this opportunity. Sitting and waiting is not going to help you but would rather leave you behind the competition.

This is where Signity Solutions comes to the fore. We offer our expert services for mobile app development in India and help businesses take advantage of the new developments. If you want to create a new app or update your existing app, we can help you. We have a team of expert programmers and developers to help you incorporate the latest features in your app. We make sure that your app is compatible with Google Assistant and can take advantage of its features. Feel free to get in touch with us now; our team would be more than happy to assist you.

Google had made another announcement earlier this year about the Google Assistant “continued conversation” feature and now it supports third-party apps to take notes. The Google community continuously showed a need to use their favorite apps with Google Assistant which is the reason why Google enabled this feature.

The motive behind this newly added feature is to make sure the lists are created simply through voice commands. In the earlier versions, users had to specify the apps to which the lists were added. But now commands like “Add milk to grocery list” and “Add Marvels to movie list” will not need any specific app.

Over the years Google has announced numerous Google Assistant features that are beating Siri’s features and this one is looking to be no different. Although Google doesn’t announce the exact date of launch of its new features, this particular one seems to be running in no time. 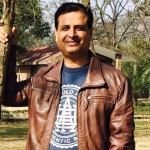 Things To Consider Before Creating A Successful E-commerce Mobile App