If you are the one owning any link with the 70s era, you might be remembering the dawn of home video gaming consoles with the release of Atari VCS. For those of you who don’t know, VCs is an abbreviation for Videos Computer System.

Though the gaming console then released is nowhere in front of the ones that we have today, but no doubts that it was a boom back then.

The world ran smart with the moving time, and the smart generation spent days and nights to evolve smarter ways to live, do tasks, play, and interact with the world around.

Smartphones have created another world in the world we live: It’s called the ‘app world’.   These applications made human life much more simplified and standardized, eventually strengthening the hunch bond.

While the app developers were coming with new app ideas with every passing day, entered the game-changing concept Virtual Reality. Though it exists since decades, it recently got the attention it deserved.

Developers today are putting efforts to bring a new tech generation through VR mobile apps. According to a report shared by TrendForce Forecasts, the volume of VR is expected to reach $70 billion by 2020.

Though efforts are being put to reap the best results, still there are developers/entrepreneurs who aren’t able to develop a well-planned mobile app, dedicated to VR devices.

I believe that you might be curious to know that secret boulevard that leads to a successful VR device supportive mobile application. Here are some points that I believe will help you pave the lane ahead:

I’m not underestimating, but this is important. You need to first understand the difference between, VR, AR (augmented reality), and mixed reality. While the first one is about 100% virtual/3D experience, the ones following are about seeing some information (characters, words, etc) on top of reality and the mixture of former two respectively.

Just do a cross check before you decide, to begin with, further planning.

To initiate any development process, you first need to do proper documentation. This includes the concept, few pictures to elaborate, sketches to support (screenshots can also help), study about existing competitors of a kind etc.

hand over these details to your virtual reality mobile app developer, so as to help him understand the project better. Share the story with them narrating the need of the application, and how this will add to your target user lifestyles.

Numerous devices available support VR on mobile. The list includes products from top brands like Samsung gear VR, LG 360VR, OnePlus Loop VR. However, the simplest and cheapest of all is the one coming from the house of Google; Google Cardboard. As the name goes, it’s just a pasteboard device with two lenses pasted in it. So, choose the right device to target initially.

Your application needs to be capable enough to track the user’s head position and accordingly change the image on a smartphone screen. There is a different kind of sensors, that can help you find the position of the head. Once you install the sensors, the remaining is about calculations and data collection, to eventually understand.

Virtual Reality depends largely on the arrangement of scenes on screen. At the time of creating a mobile application for VR devices, ensure that you primarily focus on smooth operations instead of loading it with special effects.

60 fps is considered as standard frame drive for VR devices, failing to this might cause lagging and animation cropping.

At the time of developing a mobile app for VR devices, the developer indeed has many tool options like Universal VR, ALPS-VR etc. However, having a nest sword isn’t all that you need, you also need to have the knowledge of using it effectively in order to win the fight. These were the top five points that you need to keep in mind at the time of developing mobile apps for VR devices. 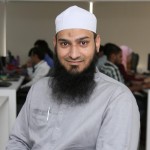 How to Impress your Investors with Your App?