Mobile applications have provided convenient means of accessing platforms that matter to us. From social networks to games, mobile apps have become dominant in the billion dollar smartphone market. The trend had been recorded in reports positing that about 80% time spent on mobile devices are channeled to mobile applications.

The first step to mobile app development and likely the first in every business is choosing an audience. The failure of most apps out there was lack of niche as the slot they had opted for are mostly saturated. Though you might wish to develop apps that are similar to existing ones, your app needs to be unique and better than the competition.

It would start off as an idea and answer to few questions will help you make an informed decision. For instance, the question, “what does my app have to offer?” will lift off the huge burden from your development aches. When you have decided what service to offer through the app, make a mental picture of a typical audience that will embrace it.

Another question here is “what contents will be integrated?” This is the early stage of the developmental cycle and you should take as much time as possible to find answers and solutions to these questions.

It is now time to snoop around. There might be similar apps in the market so you should check them out and find out their lapses and use same to build your app’s strength. Keeping tabs with your competitors gives you the edge as you will be better placed to make corrections to their failures with your mobile app.

The next step aftermarket discovery is creating the mental picture of where you expect your app to be in a few years. Before this, have in mind that making money from your app should be considered and find a way to include this into your app roadmap.

Do not be in a haste to let off your app into the market if you haven’t considered the format for your monetization strategy. (in-app purchase, paid app, and premium features). Consideration of marketing strategy has to be in place. Finally, the Minimum Value Product (MVP) lets you chart the better course on your app’s functionality and what you expect it to do in the market and for the user.

Work on a Prototype

Most developers move into developments after discovering a market. There are many tools that will help your app in the long-run. These tools such as wireframes, workflows and push notifications will enhance user experience. Before applying this in your app development, gather these tools and work on a prototype. They should be made to function differently and errors detected should be worked on before you move into app development.

It is now time to release the prototype for testing. The prototype is just a bite into what the larger development will be like and mistakes found should be worked on immediately rather than waiting for the actual development. Select honest reviewers for this and use their feedback to find out programs that might not be needed or non-functional. The prototype plays important role in app development so concentration should be top-notch.

The fourth cycle is designing your app. You must have chosen an audience and come to conclusion what makes your app different. Your app’s design should be user-friendly to enhance the user’s experience (UX).

Wireframes should be used for smooth use across devices and workflows have to be put in place in a way that allows smooth movement through the app. It is important to consider the interface and screen resolution of devices that will run the app. For instance, iOS devices do not have the same button as traditional devices just as smartphones have limited screen resolution than tablets. These form factors should help your UX optimization when developing a mobile application.

App development takes time and resources and test-runs are recommended before such apps hit the app stores. You can gather some friends and have them install the app. Let them play around with it for some time after which you seek their feedback towards the app. Work on the downsides and improve on the working features. This saves you the embarrassment of recalling your app after many complaints from users who might have installed it after a launch.

Decide the channel you want to use for your app’s launch. You will need a website for a start and if you wish to release it without using app stores, you have to create separate landing pages that will help you market your app.

Marketing is also important here and you should follow this up with keyword research that will help your new mobile app show up in SEO and app stores. If you, however, want to launch through app stores, clear screenshots and perhaps short videos of how the app functions with clear descriptions will help you scale app stores’ strict regulations on new apps.

You can now officially release your new mobile app for downloads using any of the mediums you want. You can still upload your app on your website after releasing it to the app store. Digital adverts will also give publicity that will drive more downloads.

There’s a possibility that few bugs might show up few months after the release and close marking allows you to monitor how bad the app had fared. Users might not be too pleased with the app’s interface despite efforts applied in the user interface (UX). Your app should have built-in support that allows users to tender their grievances. Sort out and work on these. Fix bugs as they come up. This will keep users glued to your app and not look out for similar apps to download.

Apart from criticisms, monitoring your app lets you know your audiences such as age group and gender. The information will help run targeted adverts on social media to get more users. The number of downloads an app gets on app stores is sometimes influenced by user ratings. Users are often swayed by the experience of previous users and will not hesitate to back off if reviews are that bad. It is important that you engage users that gave you ratings in discussions and find grey areas that need to be improved.

A typical scenario is a striking conversation with a user that dropped low ratings for your app. Find out the reason and promise to fix the bug.  The bottom line here is to keep your app at close supervision and fix bugs when necessary. In rare situations, embark on the overall update of the app to improve user’s experience.

Gathering feedback is one side of the coin and solving issues is another. The actual work in mobile app development starts after the launch. You will be fighting off competitions by gathering feedback and working on improvements as soon as possible. New features can be added and you can touch some aspects in the pre-launch stage when updating your app.

Mobile application development is cumbersome to few and easy tasks for developers that worth their onion. Steps involved are sometimes frustrating but the end is always accomplishing. You can check this blog to know more about how to pick the top app company/developers. The outlined steps are vital for your app development journey and if you understood these processes, you’re on your way to building a successful mobile app. 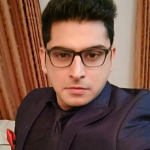