Which App Development Methodology You Plan to Go With in the Year 2019? In the arena of technology, 2018 was full of opportunities, and it was hence a fulfilling year from that point of view. Now the thing about the software development domain is that there are revolutionary announcements every now and then. And as we head towards 2019, we can certainly expect new prospects ahead. In fact, the developers are quite excited about the software development methodologies, that would be reining in the coming year. So, while 2018 was highly driven by artificial intelligence & algorithms, let’s find what the year 2019 has in store for you.

How Much Does It Cost To Develop Web Application: Visit Here

Here we have presented a few of the software development methodologies which are predicted to be embraced in 2019.

In the year 2017, Blockchain was a hot topic of discussion in the tech domain. But much beyond the digital currency, this rather is a technology that is going to prove revolutionary for virtually every industry in the coming times. In 2017, many legacy tech firms introduced their own blockchain platforms, one among them was IBM, who is already endeavoring partnerships with govt. regulation agencies, good distribution, and banks in order to put blockchain to use. Soon, we can expect Amazon, Oracle, and Microsoft to join in and vouch for block dominance.

Internet of Things is everywhere already and now in 2019, we expect this technology to grow further and further. IoT is already connecting different niches and from it, we have high expectations that it would create an ecosystem that is going to game-changer. The best-in-class mobile apps would make all these dreams turn true. In fact, in the year 2019, we can expect robust tools & applications requiring low energy consumption to be in focus. For instance, there could be mobile solutions integrated with IoT in regards to vehicle parking and traffic snarls. Other than that, we can even expect IoT apps covering wide-ranging healthcare purposes.

The arrival of 5G:

Yes, 5G will be arriving soon. Do you know that it is going to be 100x faster as compared to 4G, its predecessor? Well, again a game-changing introduction. Earlier the apps took a few minutes to download, however, with 5G connectivity, you’d be able to install apps in a matter of few seconds. Industry giants Verizon and Samsung have already embraced the idea, as they have already announced devices with 5G-enabled chips in the year 2019.

With 5G we expect even the bulkiest of apps to work flawlessly and they would even bring in opportunities for security enhancement and advanced functionality development.

Wearable was very much a trend in the year 2018 as well, as they were in 2017, and we don’t expect this trend to change in 2019 as well. In fact, the great functionality offered by Apple and Google in its newly launched watches very much vouches for the prominence of wearable. This also ensures that in the coming year too, the wearable would keep winning hearts and people would increase their dependence on them, whether to track health, attend calls during gym or exercise and or other usual reasons.

Beacons can prove to be extremely beneficial for businesses, however, several aspects need to be taken care of while utilizing Beacon technology. The thing with beacons is that even though they have the potential of bringing the customer service to a more personalized level, still they can’t function alone. Beacons, in fact, are just the elements of the indoor positioning systems, requiring high-quality apps and user permission.

So, in 2019, we can expect that the developers would find a way to create apps that seamlessly work with the paired beacons, without consuming a lot of energy and bothering user for no reason. Along with a robust mobile app, a beacon device can ably enlarge customer base, do clear mapping as well as effective product exhibition.

With most work being done with the help of the mobile app, so the payment can be made usually via the app itself, using Debit/Credit Cards, PayPal, Braintree or other options. The usage of cash and cards is a lot less now. And now in 2019, we expect more powerful mobile solutions in the arena of payments.

Despite the prominence enjoyed by the mobile apps, many-a-times users don’t want to download the apps, as they take up a lot of space in their mobile phones. And in order to deal with this issue, Instant Apps have come to the rescue. The thing with these apps is that the users can enjoy all the benefits of a mobile app, without having to install the app on their mobile phones. Despite being small in size, the Instant apps perform great and are quite simple and user-friendly.

It was in the year 2017 that Google announced the arrival of Instant Apps at the Google IO conference, and since then there have been several improvements in the arena and in 2019, we are expecting much more positive improvement.

While Google CEO Sundar Pichai announced Chatbots last year at IO conference, it left the audience in giggles, but one thing was clear since then, that this would be a transforming step in the arena of technology and in the coming year, the prominence enjoyed by Chatbots is only going to increase. So why this technology is so popular in the arena of IT? Well, first things first, it provides much more personalized customer experience, that is a lot better and faster. Next, they make the job of customer service executives a lot easier and they are more productive, as now they have chatbots to deal with the routine tasks.

Final Word: Going by these predictions, we are expecting 2019 to be a great year as many promising technologies and improvements are in line, like AR & VR (Augmented Reality & Virtual Reality), IoT, 5G, Beacon, Chatbots, among others. 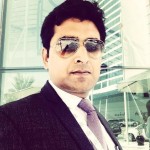 How to Choose The Best Mobile App Development Company in 2021 How Google Analytics is Helping Web Developers in UI/UX Design