Changing the name of your brand can be a very risky route to go down. The results can often be detrimental, with the price of doing so being sky-high and with customers often becoming confused. However, let’s take a look at a few examples of big brand name changes and why they decided to change their name.

Contrary to popular belief, KFC’s name hasn’t always been an acronym. Up until 1990, the fast-food chain’s brand name was actually “Kentucky Fried Chicken”. Aside from the actual reason as to why KFC has the name it does today, there are a couple of myths that many people believe:

However, the name change wasn’t due to the word ‘fried’, but instead because of another word: Kentucky. In 1990, the state of Kentucky was severely in debt. Therefore, the state decided that trademarking their name would alleviate the debts. As a result of this, anybody who used the name would have to pay astronomically large sums of money to the Commonwealth of Kentucky. Of course, Kentucky Fried Chicken wasn’t going to pay all this money – their way of sidestepping the problem was to change the name to KFC. Although the message of the brand name was the same, the loss of ‘Kentucky’ resulted in them paying no bills to the Commonwealth.

In 2017, the UK’s leading travel company changed its name from Thomson to TUI. Acquired by the German company Preussag in 2000, (whose name became Touristik Union International) the name of its patent got reduced to TUI – Thomson ended up following the same change. Furthermore, this change gave the company the freedom to alter its business aims. Originally having the reputation of being a package holiday company, the name change meant Thomson could broaden its scope to a range of new markets: city breaks; multi center trips; tailor made tours. As a result of this, TUI combined all these options in online and TV adverts showing a lady singing her way through a variety of holidays.

This highlights how changing your brand name isn’t always about saving money. If a company changes ownership or its market, this can contribute to a brand name change also.

In 1990, one of the nation’s favorite chocolate bars changed its name. The reason for this was that Mars, (who owns Marathon and Snickers) wanted to globalize their brand. Apart from in the UK, Snickers had only ever been known as Snickers. However, it was known in the UK as Marathon. Although the general consensus in Britain was that they didn’t like it, the rebranding went ahead in 1990. Their reasoning for this was that when they were sponsoring events such as The FIFA World Cup and Euro ‘96, a different name for the chocolate bar would have left many consumers confused.

As a result of making their brand globally consistent, Mars didn’t have to pay unneeded costs in messing around with country-specific logistics. Although there may have been a backlash in the UK, the company reaped the rewards for the name change. 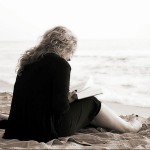