How Small Businesses Can Retain Freelancers It’s easy to see why so many small businesses regularly incorporate the aid of freelancers. Not only can seasoned freelancers help businesses save money, they can also become valued fixtures within various enterprises. However, like any other employees, freelancers shouldn’t be regarded as expendable. Failure to treat contractors in a courteous and professional manner is liable to result in unanswered texts, emails and phone calls the next time you wish to work with them. That being the case, any business that wishes to retain promising freelance talent would be wise to heed the following pointers.

Businesses have an unfortunate habit of expecting too much from freelancers. Even though contract workers aren’t provided with the same pay rates or benefits as full-time employees, some businesses expect them to exhibit the same level of expertise and dedication as regular team members. When working with freelancers, it’s important to understand that these individuals are not familiar with your personal communication style or the manner in which your enterprise is run. As such, expecting them to become fully acclimated to these things in an expedient manner is unrealistic and, frankly, unfair to them. At the end of the day, if a contractor worker is not going to receive the same benefits as a regular employee, they should not be burdened with the same expectations.

Most freelancers are unable to count on regular paychecks. As a result, a contract worker’s financial situation tends to vary from month to month. So, when it comes time to compensate freelancers for services rendered, make sure to release their payments in a timely manner. Furthermore, if you agree to a mutually beneficial payment date at the outset of a project, take care to honor it. By completing their work on schedule and meeting deadlines, freelancers are upholding their end of the deal, and it is incumbent upon businesses to do the same. To help ensure that payments are released in an expedient fashion, consider utilizing AP automation for invoicing.

Additionally, in the interest of avoiding payment disagreements down the line, make a point of hammering out mutually agreeable payments rates and processing dates before beginning work on a project. If the amount of work a project requires is altered mid-assignment, the terms of the agreement can change, but provided everything is completed according to schedule, there should be no ambiguity regarding how much you’ll be paying or when the payment will be processed. Playing things by ear when it comes to payments – or any other aspect of working with freelancers, for that matter – is never a good idea.

Don’t Punish Freelancers for Errors on Your End

Miscommunication is a prevalent problem in virtually every enterprise. Miscommunications can range from “mildly inconvenient” to “downright devastating,” and even errors in communication that seem to fit into the former category can ultimately wind up falling into the latter. The less someone has worked with your business, the greater the likelihood of miscommunication. As previously stated, freelancers aren’t going to be familiar with your personal communication style, so if you provide them with directions that lack clarity, you shouldn’t expect them to be able to fill in the blanks on their own.

This brings us to another important point: don’t punish contract workers for errors on your end. If a project isn’t completed according to your exact specifications, your first step should be reviewing the directions you provided and looking for any points on which you were vague or unclear. This isn’t to say that the fault couldn’t lie with the freelancer, but before admonishing them, make sure all your facts are straight.

It’s generally understood that freelancers aren’t part of a business’s regular workforce. However, this doesn’t mean they should be treated expendably or have their work undervalued. If your business has been working with high-performing freelancers for years, offering room for advancement can be a great way to keep them around. For example, if certain contract workers have more than proven their mettle, turning them into full-time team members is a fantastic way to reward their efforts. As an added bonus, knowing there’s room for advancement can effectively provide new freelancers with incentive to go above and beyond for your business.

Dedicated freelancers can prove invaluable to virtually any enterprise. Unfortunately, as evidenced by inconsistent communication, poor pay rates and other troubling behaviors, not every business values contract workers equally. If your company regularly enlists the services of freelancers, you’d do well to reexamine the way these individuals are treated. Unsurprisingly, many freelancers are hesitant to continue working with businesses that fail to recognize their true worth. So, if your business has ever been ghosted by a high-performing freelancer, there’s a good chance the problem lies with you. Small businesses owners looking for effective ways to retain freelance talent should consider the measures discussed above. 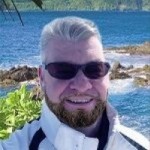 Tips for Staying Organized When Working with Freelancers Everything You Need to Know About Prototyping for Small Businesses