Do-it-yourself investing is nothing new in the retail investing space. But as technology continues to provide small-cap companies with more exposure to the layman investor, DIY has seen pronounced growth in recent years. And it’s not only the retail investor who benefits — growth-stage companies can capitalize, too.

DIY investing all started about 20 years ago when firms such as Qtrade, Interactive Brokers, and TD Waterhouse created discounted brokerages to introduce low-cost trading options. At the time, these systems were designed to cater to the sophisticated investor who was capable of doing his or her own investment analysis without the oversight of a broker.

Since then, as exchange-traded funds and mutual funds have gained popularity and opened investment opportunities to the broader public, these online platforms have continued to evolve. With seemingly unlimited data sources now available online, it’s never been easier for people to learn about a company, then buy its shares through these low-cost platforms — giving investors more direct control over their portfolios.

The Evolution of DIY Investing Platforms

More recently, platforms such as Wealthsimple, Robinhood, and iTrade have emerged with a mobile-first, Millennial-targeted design. Options like Betterment and Wealthfront focus more on investing small amounts of money in large funds, while Robinhood and Wealthsimple let users do this on a more granular level, even down to stock option trading.

As a complement to the increase in platforms that supported DIY investing, tools that allowed for easier information aggregation around investments began springing up as well. These resources — including newsletters, platforms, and social media groups — permitted investors to do more of their own research and due diligence, democratizing and crowdsourcing investment advice.

The relevant data was available. The U.S. SEC’s EDGAR (Electronic Data Gathering, Analysis, and Retrieval) database and the Canadian equivalent, SEDAR (System for Electronic Document Analysis and Retrieval), both became more accessible. Platforms for collecting and reviewing data (e.g., TMX Matrix, VRify, Stockhouse, CEO.CA, and Capital IQ) began popping up as valuable tools for everyday investors to do their own due diligence and for small-cap companies to garner public visibility.

The final ancillary trend was the rise in crowdfunding platforms, which allowed individuals to invest in private companies. However, crowdfunding remains a risky option, in part due to the lack of liquidity for the underlying investment.

Public markets, such as the TSX Venture Exchange, which lists growth-stage companies, were the original version of crowdfunding. Brokers would provide their list of clients with access to deal flow under a level of professional supervision. DIY tools have now made it possible for anyone to participate in the growth and success of these listed companies.

What Your Growth-Stage Business Stands to Gain

The increase of interest in and access to DIY investing helps drive opportunities for publicly listed growth-stage companies in the following ways:

While the growth of equity crowdfunding platforms and options allows companies to raise funding earlier in their lifecycle — often well before making revenue or being able to qualify for a stock exchange — investing in private companies through these platforms can result in an investor’s position being locked up indefinitely.

Companies that pursue public venture capital by listing on a stock exchange are able to provide their investors with a platform for liquidity. As the company executes and grows in the public market, its share price may appreciate accordingly, facilitating easier access to follow-on capital and increased liquidity.

By being public, companies can develop a broad shareholder base, with new investors able to buy through the market at any time, while increasing their profile as an investment opportunity.

DIY investment tools open the door to more investors who might be interested in a certain industry. Not only does this present specific opportunity — and even seed-funding rounds — to a wider breadth of companies, but it also allows anyone with investable assets to put money toward the causes or industries he or she cares about. From an entrepreneur’s perspective, this financing can be the difference between sinking and swimming.

Just take a look at Canopy Growth. In 2014, the founders of what was then Tweed Marijuana Inc., listed the company on the TSX Venture Exchange in order to access investor funding. Since then, they have raised more than $5 billion across 13 rounds of financing. The cannabis company has used this investor support to complete various acquisitions and scale into being a world leader in the space.

Investors have always been about the numbers — with a due cause — and this fixation has only increased in a data-saturated society. DIY investment platforms allow small companies to demonstrate to investors their initial success and how they’re executing on a business plan. This helps them secure buy-in for the future.

Cannabis company Aleafia Health, which listed on the TSX Venture Exchange, owes much of its success to its ability to showcase research and development data. After the company announced a study showing that nearly half of patients in the sample stopped consuming benzodiazepines after a medical cannabis prescription, the Aleafia stock skyrocketed.

By communicating with its investors about its plans and delivering the research results in a public setting, the company was able to recognize a material valuation increase.

What Does the Rise in DIY Investing Mean for the Future?

The wave of investors shifting to DIY investment shows no signs of slowing. Now, it’s on all companies to proactively use these new tools and platforms to develop strategies that continue the conversation with already engaged investors.

While small companies can easily capitalize on these platforms, they also need to roll out investor relations and visibility campaigns to take full advantage of the trend and capture investor interest. As media platforms continue to grow in number, the ability to ensure your story stands out becomes more difficult.

This makes it all the more vital that small-cap companies use their owned media, including social media, to get their news out to investors. If a story contains a compelling enough message, other media outlets will pick it up. Sentiment on a stock’s social media channels can be linked to its valuation. Tweets from notable investors have sent prices soaring, while misplaced claims by CEOs have caused them to tumble.

While DIY investment tools may be targeted toward retail investors, they can play an invaluable role in the success of growth-stage companies and startups, too. And as tech developers continue to produce consumer-oriented apps and online portals that grant access to an ever-increasing amount of information, the power to make personal decisions based on data also rises. That means that growth-stage companies have the power now — more than ever — to connect with individual investors.

How are you connecting with individual investors? Leave a comment below. 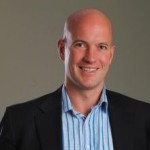 Time-Value-of-Money and Your Next Business Investment