5 Things Nobody Tells You About Firing an Employee

Have you ever been in a situation where you have to make tough business decisions? Of course, right? You can’t separate making tough decisions from the world of business – it’s part of the job description.

But it’s one thing to choose between adopting a new business strategy, going public or cutting back on projects because of financial constraints and actually firing an employee most especially where you and other members of your team have grown fond of the unproductive employee.

Maybe you have done all you can to help the employee improve their morale and productivity all to no avail, and the only step left for you to take is the one you’d rather shy away from. I understand how hard it is. Firing a member of staff who is unproductive or rude sounds easy in theory but it’s a lot harder to do than you think.

A lot of sentiments could get involved especially if the employee in question has worked in your company for some time and built relationships either with you or other members of your staff.

It’s agreed – nobody likes to be the bad guy and fire an employee. But in the interest of the company firing is one of the tough but necessary decisions you have to make in order to keep the company afloat.

Unknown to a lot of people, there are some hidden truths nobody tells you about firing an employee. Here are five that must never pass you by.

There are a lot of valid reasons to fire an employee, but there are also situations where you can use your employee’s strengths for a more befitting position. So instead of firing find out how you can use their gifts and talents elsewhere. That will help you focus able manpower where they will be more productive.

Three years ago, I listened as one of my business mentored shared a story about an employee he had fired from his company. According to him, it was a difficult decision to make, but a necessary one since her productivity was on a serious decline and it was also starting to affect other members of staff.

A few weeks later, after having spoken to her over and over again, he let her go. t was sad, but he justified his decision since it was for the general good of the company, and because “this is business”.

A few weeks later, however, he noticed something else. He had received a lot of compliments from customers who had always praised him for how positive his business premise was, and how friendly and lively his staff was. Unfortunately, those compliments didn’t come again. He tried to talk to his staff to find out why the whole company seemed dull and boring, but nobody could place their hands on the cause.

It was then he realized that the unproductive employee was the source of all the cheer and positive energy they had around. According to him, firing her was a mistake. He could have reassigned her to another role where her strengths would be more useful. An unproductive administrative officer could be an exceptional customer care representative.

In the same way, before you fire, explore other alternatives. You could reassign, or train that employee. According to Statista, $93.6 billion was spent on training employees in 2017 in the U.S. alone. Hiring a new employee means spending more money on training someone new. However, using an already existing employee will help cut down on training costs.

But take note: just because you hate the sound of firing an employee, it doesn’t mean that you should tolerate inappropriate behavior. Exploring alternatives to firing is only a means of keeping good employees and giving them roles that make them more productive than they currently are.

Firing an employee is more technical than you think. Wrongful termination of employment can lead you to serious legal problems that you can be sued for. So you need to be mindful of how you dismiss your employee.

As an employer, you need to know that every employee is protected by a given set of laws that safeguard their stay at your workplace. Before you fire your employee you need to make sure that all documentation is in order and that all prerequisites for a lawful termination have been met.

You may want to engage the services of a lawyer who could help you decide the legality of the termination and put you on the right track.

The truth is that not many employees would gracefully take the news that their services are no longer needed. Some would like to contest their termination in court. That’s why you need to be prepared before that happens.

The way you can diffuse claims against you is to have solid evidence that disproves their claims. Once an employee does something inappropriate in the workplace, violates company policy or shows poor performance, then it should be put in writing and acknowledged by the employee.

Once filed, this will serve as valid evidence against any claim your employee may have against you. Allowing issues to go undocumented is an expensive mistake to make in the company. You only create an avenue for costly lawsuits or settlements.

You may have it documented that your employee went against company policy but it’s always a smart move to give them the benefit of doubt. Never fire an employee without first investigating the matter. This will save you from making a mistake with dire legal consequences.

Make sure you give your employee the chance to defend themselves and tell you the reason for their behavior. This will give you the opportunity to look at the whole incident from two perspectives. At the end of the day, what you thought was a gross violation could actually be a proactive move that could save the interest of the company.

Nobody wants to look like the bad guy. But when it comes to terminating someone’s employment you need to be frank and direct about it. There’s no need to paint a rosy picture so that they don’t feel bad about their disengagement.

Clearly explain to your employer why he or she is being fired. Don’t be afraid of hurting anyone’s feelings. So long as you’re being very professional and straightforward about it, then you and your employee can part ways on good terms. 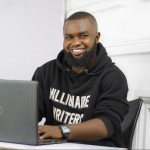 How to Derive Highest Productivity of Your Team