Customer retention and loyalty are two of the key aspects that Apple has been focusing on. The company has a massively huge user database and it is constantly trying to retail them. Apple has been nurturing customer retention and loyalty for a very long time. They continuously adopt different measures to boost the chances of customer retention. And, there is no doubt about the fact that the company gets tons of benefits from its superb techniques aimed to boost customer loyalty, and, it even amplifies the overall chances of the retention of the customers.

Apple has impressively managed to urge the users to stay with the brand for a very long period of time. The users find it very easy to become a part of the Apple ecosystem, but it is not that easy to get out of it. Mostly, because none of the users actually want to get out of it. Certainly, because they are either too satisfied or happy being an Apple user. Though, the other operating systems, mostly Android tries to lure them to change. But, it is definitely not easy to convince an Apple user to switch to any other platform. Therefore, customer retention and loyalty are always intact.

Customers do not want to leave the Apple ecosystem

As per one of the surveys, 21% of iOS consumers openly accepted the fact that they will never leave the Apple ecosystem. They were that sure! Mostly because they are too happy using the brand’s products. And, also, the fact that all the products can integrate with one another makes it easier to sync the products. Also, iCloud is one of the biggest factors that encourage Apple users to stay in the ecosystem.

Here’s how Apple is trying to retain its customers:

The most important strategy that Apple focusses on in order to retain its customers is solidified its brand. Most of the Apple like to stay with Apple simply because it’s ‘Apple’. The company has already established itself as a classy brand and anyone who uses enters the ecosystem likes to stay in there. And, Apple has been doing everything possible to boost its brand as well. Therefore, the Apple users aren’t left with any options to leave the ecosystem as they are used to the brand tag!

Apple continuously keeps working in the labs to evolve its existing set of offerings. The company has been doing everything possible to launch newer products and newer versions of the products in the market. Therefore, the present Apple users keep waiting for the new versions of the new products. Apple hardly disappoints its users as most of Apple’s new editions or the new products are not just as per the expectations of the users, but they sometimes even surpass the expectation of the users. Therefore, the users really don’t have a valid reason to move out of the ecosystem.

Apple has strategized and prioritized customer retention and loyalty. It is not that they are just talking about it. Though they have created a brand new, still the company keeps trying to urge the users to stay in the ecosystem. They have thoughtfully planned their product roadmaps. However, the most important part is their marketing strategies. The company has been reaching out to the users with the aim to motivate them to persuade them to stick to Apple. Apple marketers give the users valid reasons to stay in the ecosystem and most of the reasons are actually hard to ignore.

iCloud is the backbone of the Apple devices. It is the place where all your data is housed. But, the best part about using iCloud is that you can access it via different Apple devices. Additionally, it enables users to flawlessly share their data, like photos or music across different devices. Also, whenever you switch your iPhone, you know your data is always safe in the cloud and all you have to do is, log in using the same credentials to access the data. So, the long process of taking backups and restoring backups is no longer there. Thus, most of the Apple users tend to stick to Apple as they are used to iCloud.

Apple is one of the top ios/iPhone development brands in the world. And, it enjoys a good database of loyal customers who want to stay in the Apple ecosystem. However, at the same time, Apple even keeps trying everything possible that it can lure more and more customers to stay in the ecosystem. It is mostly about the kind of connection that they have established with the brand. Also, they are constantly striving for ways to persuade more users. And, most of the company’s strategies are definitely working out. 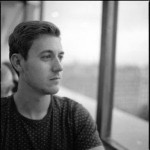