What Chess Has Taught Me About Business and Life I discovered the game of chess back when I was in middle school. As I played my very first match, I knew I would fall in love with this game. It just resonated with me deeply on a personal level. I always loved problem-solving and critical thinking – skills that were essential for chess. I always preferred games that involved intellect, strategy and heavy utilization of the mind, over physical sports like football. The latter just didn’t interest me.

My strength has always been the mind. Back in high school, I went through a phase where chess became an obsession. I remember playing chess for 15 hours a day, every day, for months on end. It was not just about improving. It was way more than that. It was an addiction. I was in love with the immense mental stimulation that resulted from each match. I was addicted to competing with players who had a way higher rating than me, just so I could test my intellectual limits. I was obsessed with pushing the boundaries, and seeing what was possible for me. Chess had become my drug.

Years down the line, I am no longer an active chess player. However, as I look back at my chess games, I realize the invaluable lessons that chess taught me about business and life. Thousands of games later, I can now visualize chess as an imitation of life itself. Here are the key principles I have learned, which are as important off the board, as they were on the chess board.

In chess, if you focus solely on short term tactics, and do not have a long-term plan to defeat your opponent, you risk losing. It’s important to have a vision in mind, a long-term plan, which you want to realize, and you must make short-term moves which will assist you in reaching that long-term goal. This principle applies to life and business as well. In order to attain the highest amount of success, you must always have a clear long-term plan in your mind, and you must act daily in order to bring yourself closer to the materialization of your long-term vision.

Sacrifice – sometimes you need to sacrifice in order to get ahead.

In my games, I remember sacrificing crucial pieces, in order to checkmate my opponents. I became so skilled at sacrifices, that I could easily sacrifice valuable pieces like the Bishop or Rook, in order to get a better position and checkmate my opponent in the long run. Many years later, I realize this same principle applies to life as well. In fact, this principle is absolutely crucial if you want to achieve a big dream in your life. In order to achieve something big, you have to sacrifice along the way. Sacrifice can be in terms of taking risks or giving up luxuries and pleasure so you can work harder for your goals. The people who achieve the most in life are the ones who are able to sacrifice in the short-term to win big in the long-term.

Value your key pieces – know the worth of your best employees.

In chess, some pieces have a higher value than others. The value of a queen is way more than a pawn. What a queen can do to help you win the game is something a pawn can simply never do. Similarly, a pawn can never have the same worth as that of a Rook. In order to win at chess, it’s essential to realize the value of your pieces and leverage them in the most effective way possible, while keeping the long-term plan in mind. If you don’t value your queen, and expect some pawn to help you win the game, you will lose. If you don’t protect your queen or rook, you risk losing them and getting checkmated. I find this principle replicable in the world of business as well. Initially, when I started playing the game of business, I struggled with hiring and finding the right team. I preferred hiring people with less value, and this led to significant losses for me. After many failures, I now understand the importance of realizing who your best players are and utilizing their skills in the most effective way possible to help you win at business. It’s always worth it to spend more money to hire people who are more skilled. And it’s essential to value your most important employees because if they are happy, they will do their best to help you win.

Timing is everything – don’t let opportunities slip by.

Missed opportunities rarely return. Simply acting is not enough. Timing your action is the most important thing. In chess, if you miss a chance to checkmate your opponent, then you might not get another chance to defeat them. Similarly, in business, timing is everything. Would Facebook have been so big if Mark Zuckerberg had launched it in 2019 instead of 2004? You cannot launch a Facebook-like website in 2019, and expect it to become the #1 social networking website in the world. You are too late to the game. Mark Zuckerberg didn’t let the opportunity slip by, and he acted at the right time. Therefore, acting at the right time is crucial to business success. The same decision made too late, might as well be a wrong decision. Timely action also means acting fast, instead of sitting around and waiting for the right moment.

Mistakes are inevitable – don’t let failure stop you, you can still win the game.

During a game of chess, we often make mistakes. If you are able to spot your mistake in time and act quickly to fix it, you can still hope to win the game. However, if you start to believe that you can no longer win the game, the majority of the times, you will lose, even if a possibility of winning had existed. In life as well, we often encounter failures and temporary defeats. It’s important to quickly realize your mistakes, understand what you did wrong, and continue believing and working towards your dream. If you learn from your mistakes and continue believing, eventually you will win the game.

Have fun – what’s the use of playing, if you’re not going to have fun with it.

I didn’t play chess because I had to, or someone was forcing me to play it. I played because it was fun. It was thrilling. I loved the thought process that went into every move I made. I loved the look on my opponents face as I used well-thought-out strategies to trap them into an inevitable checkmate. I loved the game itself as much as I loved the final victory. The same principle should apply to whatever you do in life. Having fun, being curious, and always trying to learn and improve should be the cornerstone of every endeavor. Too many people are stuck doing jobs they hate. Too many people are spending their life doing things they don’t like. That’s a really sad way to live life. Life is too short to do things that you don’t enjoy. The end goal should always be to have happy and have fun. If you’re doing something that is not bringing you happiness, or if it’s something that you don’t enjoy, then don’t do it.

After years of playing chess, I realized that we can learn to treat life itself as a giant chess board. We’re the ones in control of this game. We move the pieces. We can attack when we want. We can sacrifice what we want. We can strategize, and set long-term goals. In the end, there is a dream to be realized, hurdles to be overcome, and sacrifices that need to be made along the way.

You have two choices in this game: take strategic action to achieve your goal, or sit around and wait for your timer to run out.

I made my decision a long time ago, and I don’t intend to turn back. I love the process as much as I love the final checkmate, so I’ll just keep playing this game till the very end.

businessmen standing at the stadium 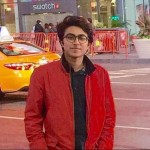