3 Ways a Company Can Monetize Patents

The reason being why patents have been called a property is because, like any other private property, one can make money from patents.

Companies generate a lot of money from patents using some conventional approaches. How much money a patent gets is depended on the quality of a patent. If you have high quality or what IP industry calls standard-essential patent chances are you got some golden goose.

IBM is a good example that generates a good amount of revenue from its patent. In 2017 alone, they generated a whopping $1.19 billion. IBM has different kinds of patents, so companies ask them for their patents.

A patent has a lifetime of 20 years, including maintenance fees, which you have to pay every 3 or 4 years. If you have a standard-essential patent, you can, too, get a good amount of money from it.

It’s also true that you need to spend a cost to get it. The patent cost depends on the types of patents and the complexity it contains. The more complex a patent is, the more it will cost you.

But if an invention is worth patenting, eventually, it could help you make good money.

Below are the three most common ways which companies use to generate revenue from their patents. By using them, you can also make profits.

One of the reasons companies acquire patents is to create an innovative product and launch them in the market. Most of the current innovative products are patented like smartphones, ATMs, laptops, and other types of machinery as well.

Even chemical compounds can be patented, which is famously known as a drug patent or chemical patent. These patented drugs generate revenue in billions over their lifetime.

If you invent something noble and useful and have got a patent also, then you should also think about developing products either yourself or by collaborating with other companies.  And if your invention solves a general problem people face or an upgrade of an old product, then the chances are people want to spend on your invention. Since you now have a patent, other companies won’t be selling your product or similar to it.

And if your product becomes successful, you can build a company around it. Many businesses did the same thing, and some became the reason for the billion-dollar empire. Later, either with funding or collaboration, you can expand the business.

The most common approach to monetize a patent is licensing. Patent licensing helps you generate a good amount of money in exchange for giving rights to other companies to use your copyrights for making a product.

If you have, like we aforementioned, high-quality patents, other companies can agree to pay a reasonable price for your patents.

We already gave IBM an example that generates brilliant revenue from licensing their patents.

The price can also depend on what type of licensing you are providing with your patents and for how long. The licensing further are of two kinds. You can use either license only one company under exclusive licensing or give license to multiple companies under non-exclusive licensing.

Both types have their own merits and demerits. You have to think carefully because of choosing one.

One thing you can also do to monetize your patents, like other property, is to sell it. There are many marketplaces where you can buy/sell patents. Companies here write a description of what type of patent they need. And if your patents somehow fulfill those criteria and if you want to sell it, there is a better chance that you should go for selling it.

Selling patents is not an easy task. There would be a negotiation in which you have to believe another side that your patents are worthy, and you are asking the reasonable amount for that.

These are the most common approaches by which you can monetize your patents. There are other strategies as well, but they need the understanding of IP laws by which you can lawfully make money. Till then, these are the suffice ways to convert your invention into cash with the help of patents.

Patents or IPs are similar to any other asset, but how much value they hold depends on how they can be beneficial or a hurdle for other companies. If a company is working on a product whose work is including in your patents, then the company has no option but to seek out a license from you. It could even purchase the patent if the patent covers other features related to the product they are working on.

And if by any means, the company ignores your patent and goes for product selling, you can take the company to court for patent infringement by their product. And with absolute proof such as by claim mapping, the court could give you the damages, and it could undoubtedly be a significant amount.

In the end, whatever the way, your patents could prove a great source of income. But if your patent is not capable enough to do any of the abovementioned ways. Then you might end up losing money on a patent that holds no value.

So, it’s crucial to take every step carefully when filing for a patent. How to file a patent is not a tough task, but it’s still important to take the help of a professional patent attorney to do the job. The legal work can be tedious and time taking and hiring a patent attorney might help you in the long run if you are seeking to file even ten patents a year. 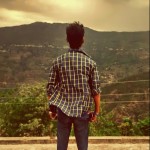