Business is Business: From Owning a Car Dealership to Running a Successful Restaurant Case Study

Can you use what you’ve learned works for one business on another? Marc went from owning a successful car dealership to turning a failing restaurant around. Here’s how he used his prior knowledge of business to do so.

Jack’s Wood Fired Oven has amazing pizza, salads, and desserts. The wood-fired oven imported from Italy alone practically guarantees amazing food. Yet year after year, they were failing to make a profit.

It definitely wasn’t the quality of food, and the service was similar to what you’d find at other successful pizza restaurants in the area. The founders found themselves selling out after a little under four years, simply unable to make ends meet.

The restaurant was purchased by a couple eager to turn it around, and they immediately put all their time and effort into expanding and updating the interior. The business began increasing with the expansion, but they too struggled. After carefully considering the time and effort they’d invested into the restaurant, they were unhappy with the lack of profit they’d expected and sold out after just one year.

Marc Ensign, the former owner of a successful Toyota/Honda dealership, was next to purchase the restaurant. He had been in the car business his entire life, spending 30+ years learning the ins and outs of that trade. He had zero experience with owning and running a restaurant however and wasn’t sure where to start.

Examining what he had to work with, Marc got to work. In his own words,

“How do you operate a restaurant?  And how on earth do you make a profit?  Jack’s has great food, a good downtown location, and a strong reputation and online presence. But…it hasn’t made a profit.  In SIX years!  Too many restaurants burn through their limited start-up capital and then wonder why there is no money left.  And then they borrow a little more, but burn through that too, all the while thinking that if we just sold more food, and served more customers, we’ll make it.  They may grow a little, but in the end, they close their doors. In fact, 80% of restaurants fail.  Were they undercapitalized?  Perhaps.  But I believe it is more likely not understanding a few simple dynamics of successful restaurant management.”

What were these dynamics? According to Marc, there are seven. He focused on:

Marketing is not mentioned, which may be surprising to some. Marc explains why:

“The best advertising is always word of mouth.  Coupons only discount your products and train people to only buy when they can get a deal.  Subliminally, coupons and discounts suggest that your products are not worth what you normally charge.  Advertising and marketing dollars are better spent on improving your products, your staff, and your facility.  If you have a desirable offering, people will find you.”

The first three dynamics are self-explanatory, but how did Marc work on occupancy?

We all know that if there aren’t people eating at a restaurant, it will fail. Jack’s was busy on weekends as are most restaurants but struggled to fill up during the week. Marc focused on growing weekday and weeknight business organically but says it took firing on all other cylinders to grow their customer base.

What is the tried and true test of a restaurants ability to endure? In Marc’s opinion, it’s the management of expenses. Marc used his knowledge with the car business to set the simple discipline of managing expenses as a percentage of gross into play. His plan was as follows:

Of his plan, Marc said “Managing expenses to a percentage of gross ensures a profit regardless of what your monthly sales are. If you sell less, you spend a commensurate amount less. If you sell more, you can spend more. Your expenses rise and fall with your sales….to the same degree.”

It can be easy for food costs and personnel expenses to eat up all your profit- and then some! Good management is essential, and without it, you will be hard pressed to achieve this goal. You need to regulate portion sizes, watch for spoilage, oversee employee consumption, waste and over-ordering. This is not an easy thing to do and will require much discipline and vigilance.

If your sales slow down, reduce your payroll. If your sales increase, hire more employees. However, keeping too many employees on the clock when it’s slow is a sure way to fail.

Your manager will need to adjust as the traffic ebbs and flows, and employees in a small restaurant such as Jack’s will need to wear many hats. Setting up wages the right way is also crucial, you can’t afford to overpay but you also need to make your employees happy. Therefore paying just a little more than your competition ensures you better employees who will work harder for you.

You can usually expect these to be the same amount each month, which makes this number harder to adjust. Things like rent, utilities, insurance, outside services, and equipment repair generally stay the same, but until you can cross the 80% occupancy line these expenses will be a greater percentage of gross, putting more emphasis on the need to control food costs and personnel expense.

With the restaurant fully occupied and your expenses managed to their appropriate percentage of gross, you’ll find that the gross profit number will grow. In Jack’s case, they have since had months where total expenses were significantly less than 80% and profit jumped to over 30% of sales!

Once Marc had his plan in motion, he turned his focus to a few other factors.

In today’s world, people find restaurants to try based on reviews from other people who’ve eaten there. Apps such as Google, Yelp, and Trip Advisor are all utilized consistently to bring people to your doors. Therefore, you cannot afford to have low ratings and expect to make it work!

Marc realized this early on, making it a priority to make sure Jack’s reviews weren’t being ignored, as that is bad business and a quick way to lose your customer base.

He said, “It’s hard, if not impossible to remove a negative rating or review, so it’s imperative that you listen to what people are saying and respond with positive adjustments. Jack’s has a rating of about 4.5/5 from over 600 reviews accumulated by the three main review websites:  Google, Trip Advisor, and Yelp.  Since you cannot go back and change a negative review, you put your energy into keeping them to a minimum and encouraging happy customers to review you for balance.”

While many new restaurant owners are tempted to borrow to make their restaurants cutting-edge and the best of the best, Marc chose to grow organically, only spending what was made.

The first year he owned the restaurant there were no improvements.

The second year he had a local artist paint a mural inside and bought a new sign.

The third year he had the booths recovered and added an awning outside the storefront.

The fourth year he introduced a new menu, adding some killer pasta dishes and desserts to help transition Jack’s into a full-service restaurant.

He has set Jack’s to weather the storm when business cycles, having no debt and managing expenses to a percentage of gross. Instead of bemoaning that Jack’s doesn’t have the latest and greatest, he simply chats and laughs with customers about how dumpy the building is but how great the food has been for almost 10 years now.

The results of his hard work?

In the first year, they made a small profit.

In the second year, they doubled that profit.

After hiring a new, disciplined manager, they made a record profit the fourth year even though their sales numbers were far behind year three.

The fifth-year started with a bang and they are on pace to more than double last years profit. 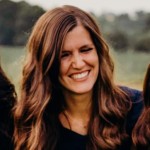